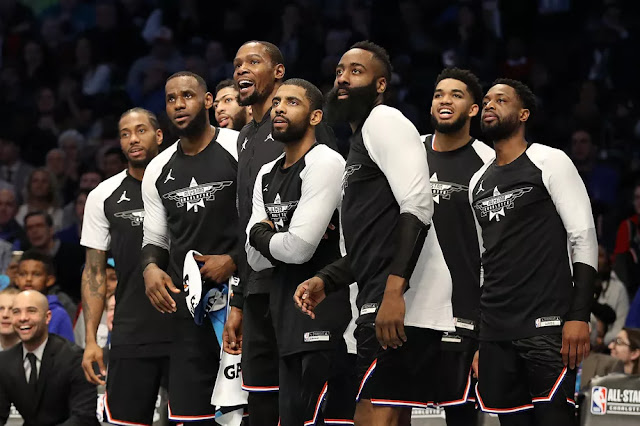 1. "They Didn't Steal Slaves" Teacher's Door - This was easily one of my favorite things of the week - probably the year thus far. Much props to Jovan Bradshaw and her powerful use of Rev. Nadine Drayton-Keen's words. The story of slavery shouldn't minimized to just Black History Month. But you know, whatevs.

2. Amazon NY HQ - So much props to my fellow New Yorkers who saw right through this Amazon to NYC deal, and pushed hard against it. The company would simply bring more gentrification to a city that doesn't need it, and of course, driving small businesses out. Amazon and NYC are just not a fit.

3. NBA All-Star Game - Look, the dunk contest stunk. It really did. But I have to give the actual game it's due - it was entertaining. And dare I say, there was some defense - DEFENSE! - being played in the 4th quarter.

1. Jussie Smollett - Dude, come on. You planned this whole thing? I just really dislike situations like this that lessens the credibility of those who actually endure real-life experiences of discrimination. Jussie needs to go away, and do so for a long time.

2. Kaepernick/NFL Settlement - I've said my piece on this whole ordeal a while ago. For me, it gets the down because it has reached a place where the initial message has been lost. And really, that's usually the case in America whenever the issue of equality and standards of black lives are brought up. So yeah, it's the usual. I'm off this bus.