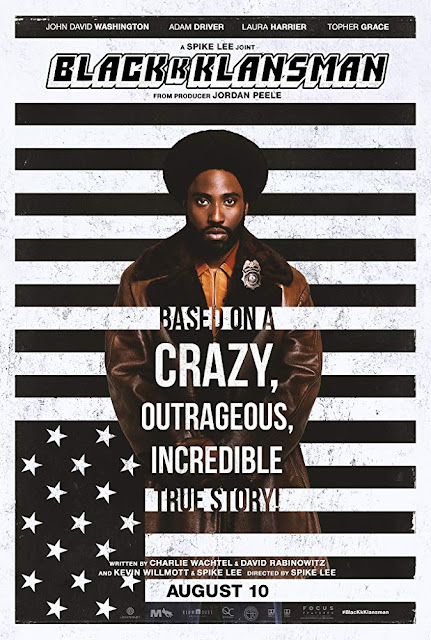 The real story of Ron Stallworth, a black police officer who infiltrated the Ku Klux Klan with his voice and a surrogate Jewish detective.

"With the right white man, we can do anything"

I really, really, really, really liked Blakkklansmen. Now, that opening line probably removed any mystery or intrigue on where I was going with this movie review, but there is no need to dance around in this review. Blackkklansmen is one of Spike Lee's best work.

The film has a VERY unique plot (obviously by the name of the film) which by itself is intriguing. However, what makes this film so engaging and entertaining is it's ability to take the true story of Stallworth, mix it with everything that is real, genuine, and happening right now in our universe, and let you, the viewer, comprehend how you experience the film.

The film is VERY good in bringing the narrative back to relevance and allowing the viewer to make sense of all of the information being tossed on the table, so to speak.

I'm a big fan of this film. And of course, I think it's message and representation is telling and needed in the time we are currently in.

I can see how this film can make some uncomfortable, but I believe that is important. Definitely give this movie a watch.