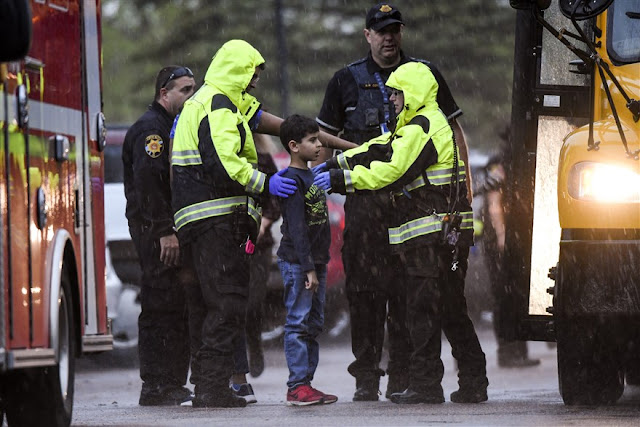 2. Kendrick Castillo - I struggled with this. Because this story is so incredibly sad. But, you know what? What Kendrick did for his friends, classmates, and school in the midst of a shooting is epitome of courage and character. I never met him, but this kid's name should NEVER be forgotten.

With that said, how many innocent kids have to die like this just to protect the right to bear arms?

3. Mike Fiers - Some great never pitch a no-hitter. Mike Fiers has now thrown TWO. Kudos to the dude for tossing an awesome game.

1. Colorado School Shooting - SMH. I don't even know what to say regarding mass shootings anymore. It's just so...tiring.

2. Burkino Faso Church Attack - If the world wasn't wicked enough, we get the story of many dying in churches for simply worshipping their God. I just can't this week...not on the same weekend as Mother's Day.

3. Sports Talking Heads - Is it me, or has "sports talk" - on TV or the Radio - reached a level of absolute absurdity. Thank goodness for podcasts.