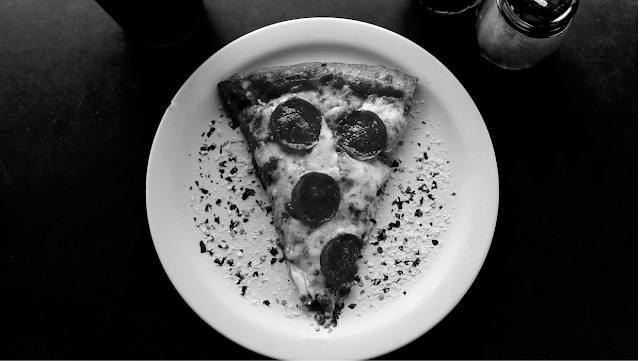 I remember the day like it was yesterday. One of my favorite birthday experiences. A memory that floods to the top of my conscience on a day like today - a day in which I turn 34 years old.

I was nine years old, and we lived in the East Flatbush section of Brooklyn, NY. Our home, a small 650 square foot (illegal) basemen apartment - all five of us.

Not many who know me today realize this, but my family grew up relatively poor. Lower income. Socioeconomically marginalized, if you well. And quite frankly, uneducated. It's a part that I carry with me always, but still, a part of me others are shocked to hear whenever I reveal this part of who I am, or, they witness the ease in my relating to immigrants and their socioeconomic struggles.

But so goes the life, and so goes the element of social capital with privilege. And believe me, I'm aware of that.

Like most birthdays, regardless of our financial situation, my parents always attempted to make them feel special. Whether it was baking a cake, a trip to McDonalds, a personal request for dinner, or those half-vanilla-half-chocolate ice cream cups I enjoyed so much. Really, food was always the gift on the table (except the one year I got a bike - which was freakin awesome, and surprising!)

And this ninth birthday was no different.

Now, nothing special happened. Nope. And nothing overly ceremonious occurred. What I vividly remember from that day was my mother taking me, my brother, and a couple of my friends from school to get some Pizza.

I remember her ordering a whole pie - pepperoni topping, to the salivation of any nine year old kid. I thought it was the coolest thing.

And then, mother upped the ante. "Let's buy some KFC!", she said leading the brigade of echoing support.

Now, at the time, this blowed my mind. WHAT?! We're getting TWO of these meals? BEST. BIRTHDAY. EVER!

It was an extremely special day, especially for a family that relied on making fresh produce last a couple of days for meals, and spreading out the days in which corned beef and rice - a poor man's delight - was served.

To the delight of not only myself, my mother lead this pack of uber-excited boys on their second indulgence of the day, walking away with a side container of ten BBQ wings from KFC.

My mother then upped the ante one more time. Has she gone MAD?! She bought us a 3 liter bottle of Champagne Cola from the corner bodega and yes, those split vanilla-chocolate ice cream cups I loved. Authenticated with the serving stick. You know exactly what I'm talking about if you live in NYC.

Nonetheless, I'll never forget it. Eating with my friends on the stoop. Our fingers a mess with BBQ sauce. Our faces stuffed with pizza. Our bodies taking frequent deep breaths in an attempt to make more room for the food that was sure to come. Yay! Happy Birthday to me!

For this poor kid, it was memorable. The best. A day that was made special, because, well, it was. This didn't happen to us often. We didn't eat like this at all - if really, very rarely. I'm embarrassed how I now view fast food today in comparison to these memories.

But something happened that I never told my parents about on that day. I remember coming into the apartment to get a baseball card I had found to share with a friend - a Frank Thomas gold Topps card. While making my way to the bedroom - my parents bedroom, the only bedroom -  I overheard my dad say the following to my audibly distraught and worried mom, "it's ok. It's the boy's birthday. It's worth it. We can cut other things this month."

As I turn 34 today, I found that memory replaying itself over and over in my head. I'm not sure why, or really, what to make of it. I spent most of the day hugging and playing with my son, and just wanting to be with my wife. Nothing more, nothing less.

Even after my son went to bed, my wife - who much like my mom, always wants my birthday to feel special, even when I don't care to (thanks!) - suggested we order take out dinner. On that lone drive to pick it up, it dawned on me that here I was at thirty-four years old, driving my own car to get a meal that was surely more than anything I could have wanted as a nine year old, and soon-to-be eating it comfortably in my own apartment. And yes, not even batting an eye on how paying for it was going to impact my monthly budget.

34 is unglamorous. It's nonchalant. On the surface, it's the lowly exit with a rest stop en route to the big city (35?). But, on this thirty fourth birthday, this start of my thirty-fifth year on this earth - of running this race called life - I'm just in absolute awe of how far I've come. I'm completely floored in humility by the little boy who still remembers pepperoni pizza, BBQ wings, and champagne soda as the best birthday - check that - as the best THING ever.

I guess, at thirty four, I don't want that feeling to ever change. Because it keeps me grounded. It keeps me humbled. But most of all, it reminds me of how unbelievably blessed I've been.