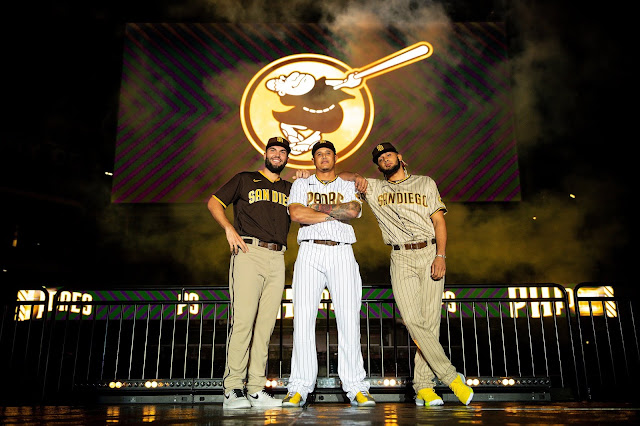 1. Padres New Uniforms - Finding colors that are exclusive to your club is extremely difficult in sports. The Padres mustard yellow and brown is just that, and the return back to those awesome colors in the mold of some sweet new uniforms from their generic blue and white uniforms, is going to be terrific.

2. Instagram "Like" Removal - The project testing the removal of "likes" from public display should be VERY interesting. Of course, what will "influencers" do now?

1. Atatiana Jefferson's Father - This is so incredibly sad. It is consistently a statistic of black men and women having a higher rate of stress-related illnesses. This poor man's life ended from the heartache and stress of having his daughter's life snuffed out senselessly. SMH.

2. Bloomberg Nomination - I'm not giving this a "down" because of Bloomberg. As a resident of New York City, Bloomy was very good for the city during his time as Mayor. This gets a brief "down" because, well, do we all really need ANOTHER candidate on the Dem ticket?