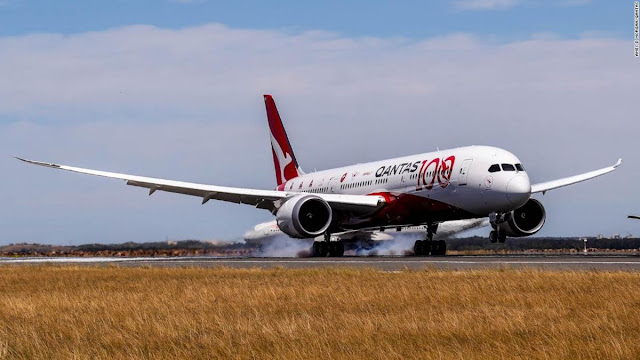 1. Child Genius - Laurent Simons, from Belgium, is set to graduate at the age of nine with a Bachelor's Degree in Electrical Engineering. There isn't much more I can say to this other than state the fact of the situation. So damn impressive.

2. Luka Doncic - I had the privilege of watching Doncic lately face my New York Knicks. The kid is phenomenal, and quite frankly, is one of my favorite players to watch right now in the NBA. And of course, he torched my dudes in orange and blue. But, who doesn't.

3. Qantas Test Flight - Qantas Flight 7879 made the long voyage from London to Perth, Australia in 19 hours and 19 minutes, a new world record. However, most importantly, is the assessments and analytics collected from those on the quick flight. It's kind of cool to see the world of air travel attempt to make long haul flights a bit more bearable.

2. Myles Garrett - Did this guy really go all NFL Blitz (A video game for those who didn't know) in real life? The NFL continues to have these character problems, but lucky for them, it won't make a dent in their viewership. BTW, Garrett should receive a suspension for AT LEAST the remainder of the year.

3. Houston Astros Camera Controversy - All of the evidence is lining up, and those who were a part of it continue to come forward. It's bad for baseball. And of course, I'm a bit upset (and curious) on how it affected the season of the 2017 Yankees.

1. Colin Kaepernick NFL Tryout - There are so many ways to go on the crazy Kap situation this week. But I will say this - the NFL's motive in this is at the very least, shady and all a show by the NFL. And for Kap, at this point, he has to believe he's never going to get a fair shot. Ever. So yeah, I just don't know anymore. I honestly don't know.