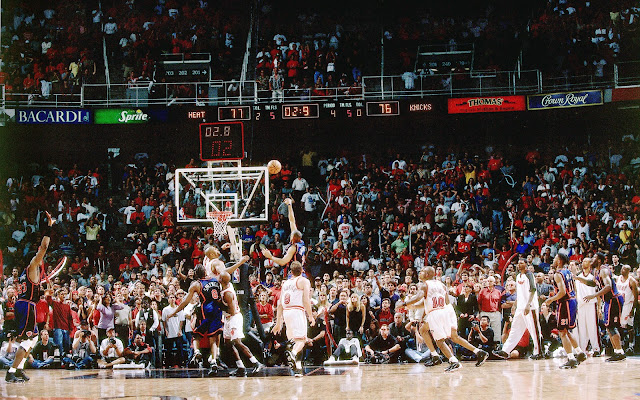 The Knicks stink. Take it from a life-long suffering Knicks fan, this fandom is torture. But I can't change what is already in my soul. This poorly ran, pathetic, unlucky, illogical, dumpster fire that I root for is with me through and through. And while I understand that the Knicks as a franchise have had years of tradition and winning, the my lifetime has produced 20 years of leanness that would make even Cubs fans think about how lucky they've been.

With all of that negativity out, I figured that I would try to encapsulate some good by doing a Pondering 10 on my favorite Knicks moments - of course, that I've lived through.

Honorable Mention: Chris Childs Two-Piece Combo to Kobe Bryant - I typically don't condone violence, but this will always be special for Knicks fans. Especially, after he torched us EVERY SINGLE TIME he came to MSG. 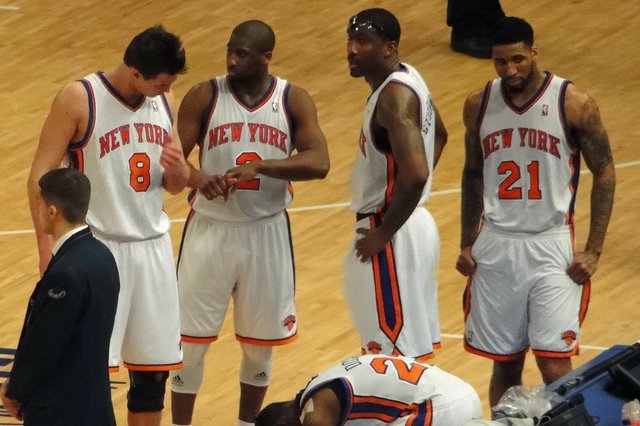 10. Amar'e and the Gang - Those 90's teams aside, this squad following the Amar'e Stoudemire signing was probably the most fun Knicks team to watch...and that still stands in my book. We'll never know what would have been because Jim Dolan ordered the grenade that was the Carmelo Anthony trade that blew it all up and sent everything good down the tubes, like he always does. An MVP-playing Stoudemire, Gallinari, Felton, Chandler, and company wouldn't have won a title, but could've been a core for something special. Ah well...

9. David Lee 0.1 Second Tip In - I was in attendance at the Garden for this, and it remains one of the coolest things I've ever witnessed in basketball.

8. Carmelo Record-Breaking 62 Points - I remember working late, ironically, a home men's basketball game at work. I followed the game on my phone and stared at it in disbelief, Carmelo Anthony - 62 points! So of course, after getting home at 1:30am, I watched the replay of the game with a meatball sub and a root beer through the night. It was worth every rub of the eye to stay awake. Melo was special that night. And I hate to say it, I do miss the guy.

PS - Every time I hear Ellie Goulding's "Burn", I think of that very game. Thanks, Friday Night Knicks.

7. Linsanity vs. Los Angeles Lakers - At the time when this list was created, Linsanity was probably the most fun, and the most trendy it was to be a fan of these New York Knicks. I don't ever remember being that desirable nation-wide as a Knicks fan. While it wasn't the craziness of that Toronto game (more on that in a bit), the build of Linsanity and watching Lin hang 38 points and 7 assists on Kobe and the Lakers in the Garden was just madness.

6. Linsanity vs. Toronto Raptors - I literally ended up standing on my couch at the end of this game. I'm not kidding. God Bless, Jeremy Lin. 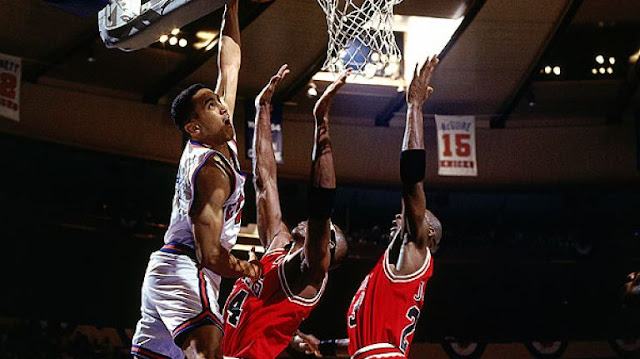 5. "The Dunk" - This is everything to Knicks fans. I hated the Chicago Bulls. But I do miss those vaunted Knicks vs. Bulls games.

4. Patrick Ewing Dunks Knicks into Finals - I was reaaaaaaallly young when this happened. I was actually about to turn nine years old. But I remembered thinking that the Knicks were going to win a championship before my Yankees. Yeah, we were all so stupid when we were young. I will say, hearing the call of "the New York Knicks are headed to the NBA Finals" gives me chills. Seeing Patrick Ewing's insanely broad wingspan fire up the Garden brings a smile to my face.

3. Allan Houston Series Winning Shot vs. Miami Heat - For a few years, I loathed the Miami Heat. This shot by Allan Houston to seal the series win over them was just the start of an amazing time for me as a Knicks run. I LOVE that 1999 team. 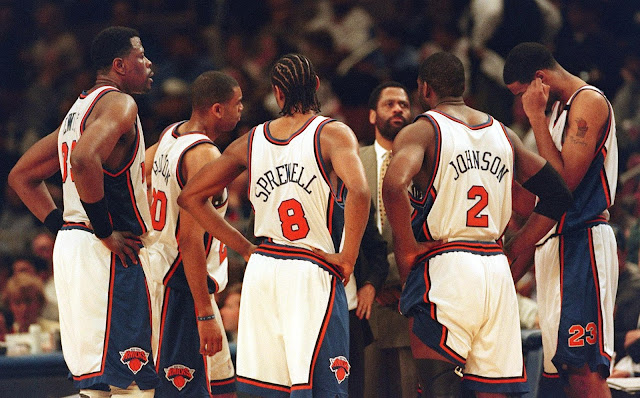 2. Knicks Become 1st 8th Seed to Make NBA Finals - Speaking of the 1999 team, I'm just throwing the entire 1999 playoff run into this #2 spot. Shocking the world round after round after round was awesome. Of course, the Spurs spoiled it all - blah.

1. Larry Johnson's 4-Point Play - The comeback was awesome. But what makes this play so awesome is the beauty in the moment. From the sound of the whistle, the dead silence, then the eruption of the Garden literally shaking. I'll never forget it. Easily my favorite Knicks moment ever. Epic. Just, epic.