A Different World, Nothing Has Changed 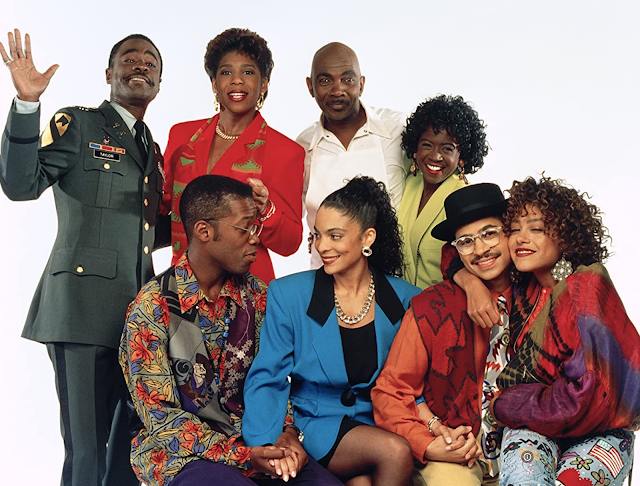 I recently finished re-watching all six-season of "A Different World". Yes, the pandemic has us all in various modes of binge-watching with myself deciding to take a blast from the past.

The 144 episodes that my eyeballs went through, the same amount of times my shoulders danced to the amazing opening theme song (Aretha's version - Seasons 2-5 are the best, by far), served as a tribute to my youth, my upbringing, and in a time when the world feels chaotic and beyond understanding, takes me into a realm of laughter, culture, joy, and intrigue.

Little did I know, the show I was using to take me away suddenly reminded me of where we are.

A Different World reminded me of the varying differences not just in life, but in culture, television, and experiences that exist. True to its namesake, the show embodied how different worlds were...and remain.

Growing up as a child in Brooklyn, NY, these were the shows that serve as the foundation of my youth and its memories. A Different World. The Cosby Show (yes, even now knowing what we know today about Bill Cosby). Living Single. Martin. The Fresh Prince of Bel-Air. And on, and on, and on.

Not once did I ever think about these shows as a category, or even as a "genre" during my youth and adolescence. My friends - all of them - were also engaged in these shows. No matter what they looked like, spoke like, believed in, or spent like.

It took me a long time - probably college - to realize that there were many who had very little knowledge of these shows. Or expressed interest in them. They were "black" shows. This became so very clear during my freshman year of college when my dorm was run over with excitement by the series finale of Friends.

Don't get me wrong, it's a good show, but I've always thought it was overrated. Why? Because there was an original show of the same concept that was a much funnier and a much more authentic version of what life in New York City was like. Who hangs out in a Cafe, every day? On the same couch?

And of course, all you need to do is dig into the history of Living Single, Friends, and NBC executives to find out the truth of it all. But I digress.

It was then that it clicked - even in entertainment, and entertainment consumption, we are compartmentalized, ignorant, or bias. You can choose.

But even in watching ADW, it was the content throughout the show that at the time was pushing the bar on then taboo topics. Of course, this is ADW's legacy, and it's why the series is so great. Sexuality (they couldn't even show a condom on television!). Racism. Prison system. Domestic Abuse. Education. Socioeconomics. Hey, it was the first television show in prime time to touch on the issue of AIDS (a tremendous must-see episode). ADW brought it strong. And while sitting there trying to get away from the daily beating of the world, ADW constantly reminded me every twenty-eight minutes of each episode, how little has changed.

The most glaring episode was that of "The Cat's in a Cradle" (Season 5, Episode 14). The issue of racial confrontations and its birth from tunneled - and misguided - historical racial views and perceptions are all throughout this one. And while I sat on my couch binge-watching a show from 1992, it ALL felt so real, so relevant, so...unchanged.

28 years later, we're still having the same conversations. Unable to truly see others.

And while ADW was a trailblazer in the late '80s into the early '90s (the thought of dropping "nigger" in verbal and written form on national television so easily even shocked me), the idea that we're almost three decades removed and are still battling the same thought processes and ideologies - some probably would say on a stronger, louder platform, today - is disappointing. It says so much for the fight for equality and where we need to go.

With that said, if you're feeling nostalgic, or even explorative on some classics you might have missed, definitely give ADW a spin on Amazon Prime. Even for just a few must-see episodes. Obviously, I'm going to recommend it - it's a tremendous show that served as the groundwork for so many topics, the starting point for so many actors (hello Jada Pinkett!), and everything that was so fashionable and awesome about the budding '90s.

And oh yeah, skip the first season. Don't waste your time on that.