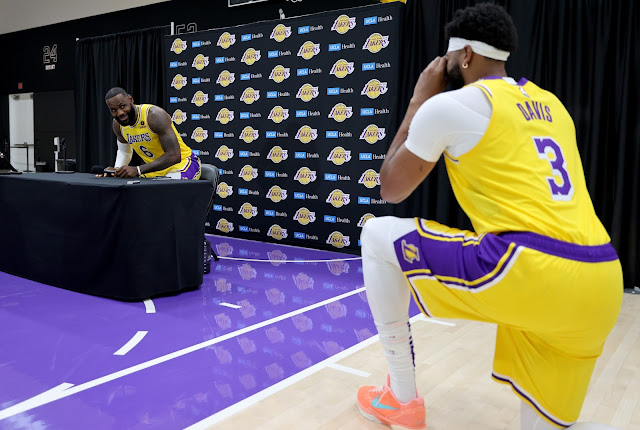 For the first time in as long as I can remember, my New York Knicks have become a bit of a sanctuary for my sports fandom. Everything that has been the New York Yankees summer, and recent elimination, just begs for a proverbial turning of the page. The NBA season is that new chapter.

The Knicks season is a bit of a conundrum, as they've gotten much better, BUT, so did the rest of the Eastern Conference. I'm feeling confident, but I'm also anxious for more good basketball and hoping that last year wasn't some fluky gift to us Knicks for our patience prior to last season.

Whatevs...nonetheless, here are my predictions for the upcoming NBA season.

Biggest Name to be Traded: Ben Simmons (kind of obvious, no?)

Biggest Story: Kyrie Irving does not play until Spring.

Coach of the Year: Michael Malone

Rookie of the Year: Jalen Green