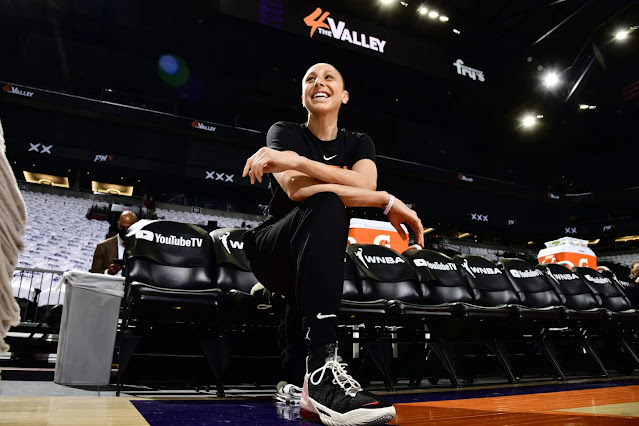 3 Up
1. Moderna Vaccine to Low Income Nations - In a world where the idea of "pandemic" now feels like a state of mind or the privilege of belief, Moderna has decided to aim its efforts in getting at least 1 billion doses to low-income countries the COVID vaccine. I'll save the "vaccine" chat for another time - but this is pretty awesome by Moderna. And oh yeah, highly needed.
2. Candace Parker and Diana Taurasi - Two absolute legends of the WNBA had some legacy-cementing moments this week. Parker lead her hometown Chicago Sky into the WNBA finals, and Taurasi, was named the GOAT of the WNBA by fans. Because well, she is. Congrats to both.
3. Netlfix's On My Block - For the second week in a row I'm putting a personal - and admittedly, biased - selection in the "Up" section. One of my favorite shows by Netflix, On My Block, released its fourth and final season, and yes, I binged it on my daily commute home. Gonna miss the crew from Freeridge. Check it out if you're looking for a good show.
3 Down
1. Catholic Clergy in France - An independent report estimates that the French clergy abused over 250,000 minors since 1950. I'll leave that statement and let it speak for itself.
2. NBA Players Healthcare Fraud - You know, so many athletes fight for benefits like post-career healthcare. It's such a difficult collective bargaining topic, yet, the NBA offers these perks to former players. Yet, here are 18 former players who are not only disappointing terms of the overall health care system but from the aspect of taking from those who really need it.
Shame on all of them. All of them.
3. Facebook Outage - The world collapsed for six hours as Facebook and its other apps (Instagram, Whats App, etc...) were out of service. Not only did we get a glimpse of how reliant we are on the apps, but also, how simple life can be without being held to its grasp.
Cover Photo
Diana Taurasi of the Phoenix Mercury smiles before the game against the Chicago Sky during Game One of the 2021 WNBA Finals on October 10, 2021 at Footprint Center in Phoenix, Arizona.