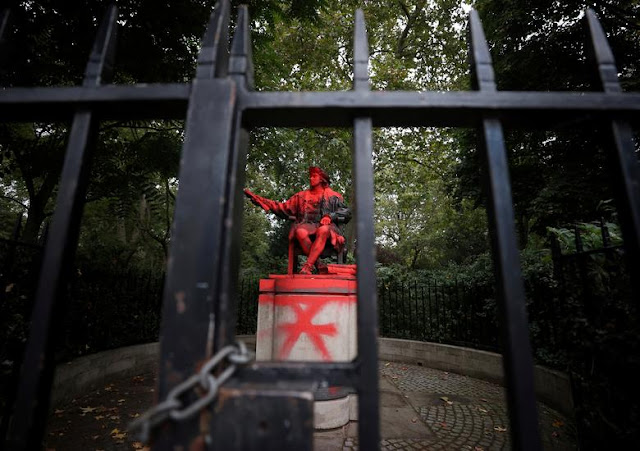 1. WNBA Finals - The WNBA playoffs are definitely going to be in the running for my Sporting Event of the Year Award. What a series! The Finals were capped off by an amazing game before a raucous crowd in Chicago. Kudos to everyone, especially the amazing story of Candace Parker returning home and winning a chip. Major props to Courtney Vandersloot.

2. New 2022 Quarters - Get ready for your money to diversify - well just a bit. But it's a start! Beginning in 2022, the US quarter coins will feature trailblazing American women such as civil rights activist; astronaut Sally Ride, the first American woman in space; Wilma Mankiller, the Cherokee Nation's first principal woman chief; Adelina "Nina" Otero-Warren, a leader in New Mexico's suffrage movement; and Anna May Wong, the first Hollywood film star of Chinese American descent.

3. Adele - The awesome singer caps off a sweep in the "Up" category for women this week. Adele, in only the way Adele can - dropping albums in the old school way with long hiatus' and tracks with the depth of life experiences - gave us her new single, Easy on Me, this week. The track is of course fire, and genuine, as Adele bares her soul about her recent divorce and her plea to her son about explaining it all.

Can't wait for the album to drop.

1. United States Infrastructure - According to this recent report, 25% of our Infrastructure is vulnerable to climate change. As someone who lives in the NYC area, and one who just endured and experienced everything Hurricane Ida destroyed, I cosign on the urgency. Soooo, what's the plan here?

2. Jon Gruden (and the NFL) - Everything that is the Gruden debacle - including the lackadaisical investigation - is so NFL.

And of course, there is the elephant in the room that Peter Rosenberg - an active ally - touched on.

3. Democratic Party - Fair is fair. Everyone was so quick to jump aboard the bash-Trump train (and deservedly so) during his term. But honestly, what are we getting right now from the Dems? The lack of agreement on the left side to get things done - really, anything - is concerning and frustrating.

We need the rise of other parties, but of course, that would require disseminating power.

1. Texas School Official - I'm all for reading opposing literature, even to further strengthen your belief in a topic. I've done it before. You could say I do it every day (see who I follow on Twitter).

But this is what we're turning to and the lengths we'll go in policy-making in order to not discuss race, inequality, and the tough history in our schools. The "opposing" view of the holocaust - Pshhh, wow.

1. The Great Resignation - The current job market continues to fascinate me. So much to discuss, dive into, and evaluate. It's surely an interesting time in history for the labor market.

A vandalized statue of Christopher Columbus is pictured in London, Britain, October 12.