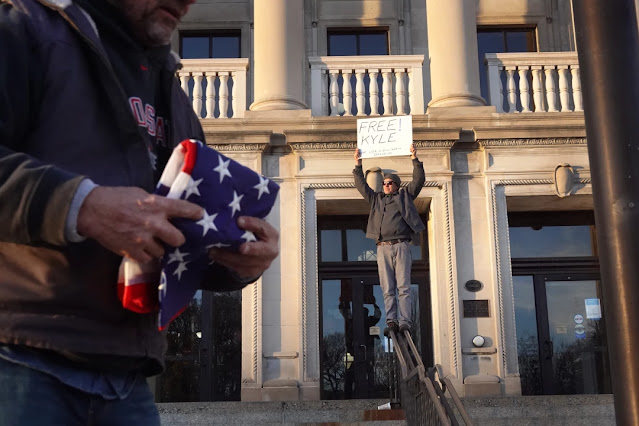 The alert came across the screen on my phone and I didn't even address it. Not even a flinch from me to tap it for more details. The news alert read on the home screen "Rittenhouse Not Guilty" in the short blurb that illuminated my phone for my eyes to see, for my mind to absorb, and for my feelings to remain unmoved.

I turned on the TV to the usual cable networks for a little bit, flipping between their coverages to get the pulse of the nation - or at least, how each political side expected to present, explain, or even spin the narratives that come from the occurrence.

I watched clips of the moment - seeing Kyle Rittenhouse's body tremble as each count was read. I watched him collapse as the final "not guilty" rang throughout the courtroom, unable to control his limbs, incapable of holding together his breathing, and clutching the lawyer desperately who just literally saved his life. 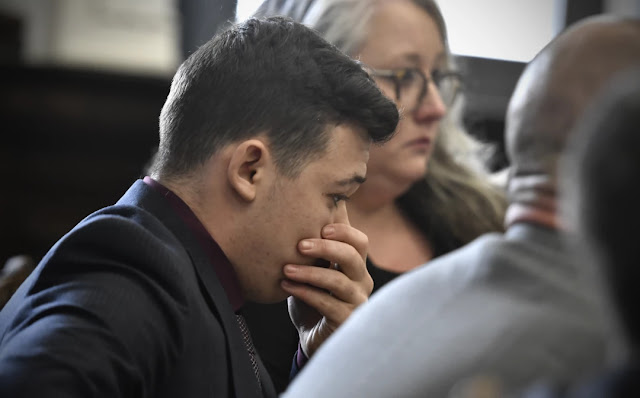 I get it. Regardless of the circumstances, he's human and he just escaped a life sentence. He just came out on the other end of a situation that would have drastically altered his life forever.

I followed the trial intently, much like I have the case of Ahmaud Arbery's murder and the trial of the McMichaels. I was VERY aware of the facts of the case that were contrary to popular belief and talking head narratives, and also, subject to careless political subjugation.

By the facts of the case (and some historical perspective), there was little belief that Rittenhouse would be convicted.

And quite frankly, by the behavior and optics performed by Judge Bruce Schroeder who presided over the trial, it felt solidified.

For me, the injustice isn't in the facts of the case. It's in the essence of how incredibly powerful without accountability white privilege is in this country. It's deep in the somewhat unthinkable and the unimaginable until it presents itself for an eyebrow raising, "wow".

It's difficult not to have your mind wander: if a young black kid carried a firearm - an AR-15 might I add - around in the middle of the street and claimed his presence as giving aid to law enforcement and medical attention, it's hard to envision that black kid making it past that moment. It's so difficult to comprehend that same black body that that child fills would not only be lucky enough to survive the on-site encounter but to complete the miracle of being acquitted in a trial.

Of course, I'm sure we've all asked ourselves that question - whether we want to admit it or not.

And we all know the answer as well.

For me, it's the inability to wrap my head around what I know is a fact - that he will move on from this. Without set-back. Without struggle.

It's soooo hard for me to feel for this verdict when my experiences have been that of so many young black men, and others of color, who have been extinguished, disenfranchised, or have yet to recover from far less of a charge - even at times when they are innocent under God's eyes.

So many of those same individuals were people I knew.

It was self-defense they say. But I can't help but think of Trayvon, with a bag of skittles, who wasn't granted that same right to defend himself. 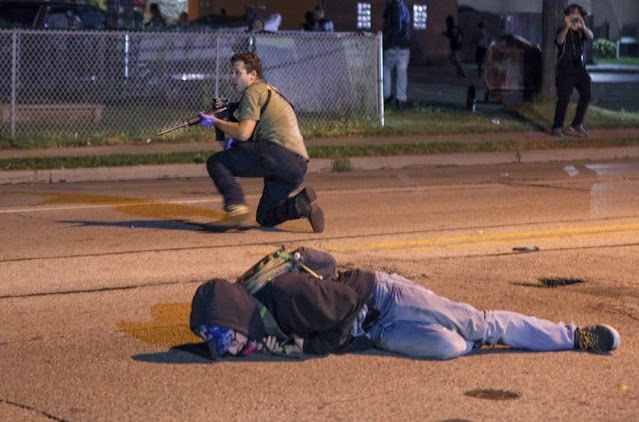 I continued to not feel, anything, at all. Because I'm still searching for the understanding of how young black men are told to "comply" - with the law, with police, with orders, and within societal acceptance - but young white men are draped in the very flag that waves above our nation for their vigilantism, and the inalienable ability to enforce the entire system as a substitute fill-in as "necessary".

It still piques my curiosity and thoughts the way many wrap their moral compass within their political party's narratives, creating heroes, living martyrs, and cult-like folklore out of these same young men.

It's numb listening to the sympathy that was given to Rittenhouse as he balled and hiccuped on the stand. All the while, at every whimper, every short breath, every mouth agape in projected sorrow for being in the current position - with his life on the line - my mind ebbs in and out with flashes to the scenes of the Exonerated 5, and so many others, whose tears were never given the same leniency or grace.

I remained motionless through it all, and since then. Because I expected it. It was indeed the correct decision by the jury by the letter of the law. And yet, it was so incredibly wrong.

But more importantly, I now believe I remained stoic since that final "not guilty" reigned down because I fully grasped a lesson at that moment that only our country can offer its citizens: correct verdicts don't always equate to justice.

And that's a system that is working exactly how it is designed.