WWE Clash at the Castle Review: "My Favorite Event of the Year Thus Far" 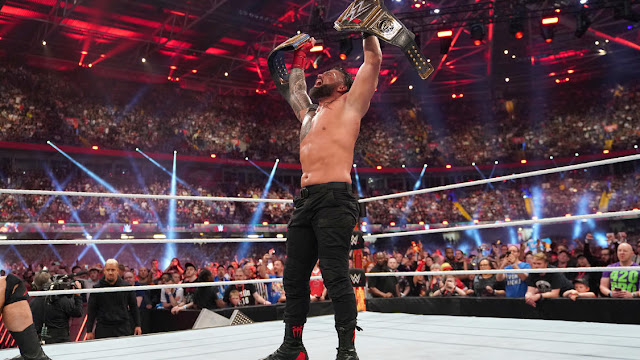 I haven't jumped completely in on the Triple H era mainly because I've already found myself "out-of-practice" in making the WWE part of my typical routine. Just when the product got bad enough,  I called it quits on the weekly watching but still would check in for big shows. Then, Vince hung it up and Trips has taken the wheel, and now, it's obvious there is substantial momentum in the product. I felt it - and it's easy to do so.
Yet, after watching Clash at the Castle, I'm here to tell you that I may just give the company a chance once again. The WWE has that kind of equity with me (and really, it will forever be so for many of us pro wrestling fans from the 80s). This event was just outstanding from start to finish. Quite frankly, it was my favorite event of the year thus far.
Is Triple H that good at this point and moment in wrestling history, or was Vince McMahon that bad at this point...and moment in history? Something has to give.
Regardless, here are a few quick notes on WWE Clash at the Castle:
- I so badly want access to the production and event meetings when the WWE's production team gets the official memo that an event will be happening. For real, I do. I want to know who said, "Hey, I think we should have a massive castle-shaped video screen above the ring". And of course, who follows that and says, "Damn, that's good! Let's do that". And I want access to all of the small chatter of ideas and add-on suggestions that keeps the ball rolling in whatever and however the WWE comes up with these stage design concepts.
Also, I want the intel on the answer when that one person in the room says, "call our video screen vendor. Work out the details on getting the Castle-Screen idea produced".
As you can imagine, I'm just always blown away by the WWE's presentation. Best in entertainment.
- I've mentioned this in my Summerslam review, but the big stadium feel is tremendous. A favorite of mine is that subtle approach to a simple entrance with LCD screens and video boards feels old-school yet in a modern way.
- The opening contest was a good match that resulted in simple storytelling - the returning-on-the-scene heel picks up the pin on the champion in a multi-person match. A really good opening contest that was definitely given more time than I expected, and I was glad it did. Triple H's obvious change has been a focus on the in-ring product.
Maybe it's me, but Dakota Sky and Iyo Sky still feel like they need to be established more.
And finally, the UK deserves more shows on the live event schedule for remembering the "Hey Bayley" song. Regardless of her latest persona and character's alignment, they brought it. You just gotta love a crowd that wants to have fun, rather than hijack the product. There is a huge difference. 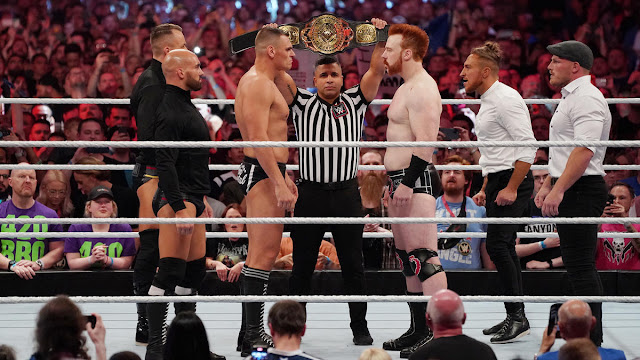 H
- I still haven't made the transition in my head from calling the dude, WALTER. However, I will admit Gunther is a much more marketable name. Not ALL name changes by WWE are bad ones. Nonetheless, I just loved everything about this match. Seriously, EVERYTHING. In a world where suicide dives, flips, and acrobatic and athletic performances are expected, I really do enjoy these kinds of matches where two dudes just beat the crap out of one another. The back and forth was great, and overall, the Intercontinental Championship never felt as important as it did tonight since...since, well, maybe years?
Kudos to Michael Cole for acknowledging the IC belt used to be the "workman" championship. Cole has been absolutely tremendous since you know, the "transition".
- I like that Shayna Basler is once again looked upon as a badass. I do miss her old NXT theme - that bopped hard. This was another good in-ring performance telling a great story of elevating the underdog Liv Morgan. No problems here.
- Premium Live events surely feel like match-to-match formats now since arriving on Peacock. At times I don't mind it, but there was something special about the larger events that had backstage interviews and such throughout the night. It's not terrible, but it's very much a hype package, then the match, the result, letting the result breathe and resonate, and then repeat. Just an observation.
Hey, it does give me a chance to saunter to the kitchen or bathroom. It also pays a lot of bills with multiple advertising spots. So hey, maybe they've tapped into some kind of viewership psychology... 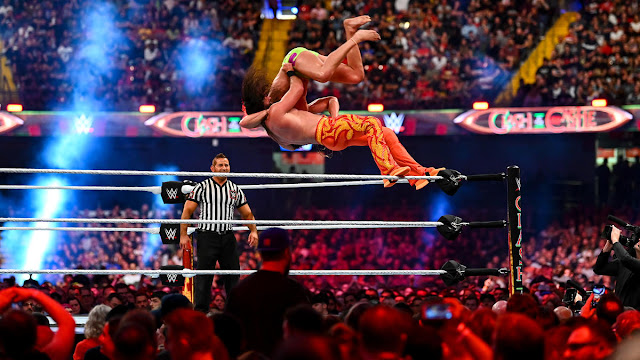 - As I stated in my SummerSlam review - just let Edge by Edge. And, Rey just continues to be Rey - timeless. I enjoyed this match, and even more so loved the end result of Dominick with the low-blow on Edge, then clotheslining his dad.
Ahhhh mean, Dominick with that growing mullet and that slow goatee coming in is definitely moving toward Eddie-vibes. And with Rhea, it's a weird feeling of another coming of Eddie and Chyna - some Latino Heat, right?
Just for the record, I'm a big fan of Damian Priest. Just a unique athlete.
- I saw the RAW interview between Seth Rollins and Riddle for the first time in the video package - Ummm, wow?! Is that what Raw feels like these days? Okay, noted.
This was my favorite match of the night for the back story, and because of everything produced in the ring. I continue to struggle to grasp the "Seth 'Freakin' Rollins" character (some encounters I love it, others, it feels cringy - I don't know, just me), but it really came through not just in this feud, but also in the way the psychology of the match built in this match.
Riddle is so insanely talented. Yes, the no-boots look bothers me. I'm not sure why. Whatevs. 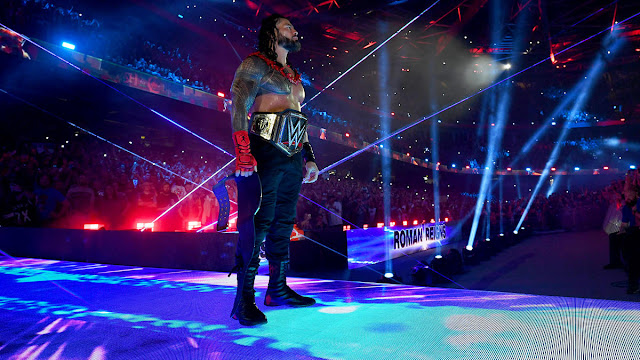 - The ode to McEntyre with "Broken Dreams" is the kind of character nostalgia that elicits peak viewer excitement which only happens within pro wrestling. That was some cool stuff.
Also cool? How damn comfortable is Roman Reigns in his character right now? How about how damn confident is he? He doesn't rush anything! Not his entrance. Not his promos. Not his wrestling. Everything matters. Everything feels like a string of something that will lead to an even greater presence in a sequence of important things. It's pro wrestling at its highest level. You, the reader, may scoff at this, but Roman is at a level in the industry right now that isn't even being scratched. He's a farrrrrr number one in the industry. Just my opinion.
As a fan of both of these men, this was as expected - a banger. I legit had moments where I thought we'd get the McEntyre feel-good win. But we got another development for the bloodline, which keeps on rolling.
Makes you wonder how all of these guys run on a different track of relativity than Samoa Joe. But I digress...
Having Austin Theory continuously try to cash in his Money in the Bank is a nice touch. And yes, Tyson Fury walloped Theory REALLY good.
---
Of course, the atmosphere pushed this event up the scale in enjoyment just from the amount of energy that was in the building and the spectacle that it was. But overall, everything on this card was entertaining, especially from an in-ring point of view. It's hard to argue with a product when it delivers on the basics, and for the first time in years, there is an urgency and a progression to the product that feels, well, organic.
I'm not ready to completely immerse myself into the product, but my goodness, has there ever been a clear administrative leadership change in sports and/or entertainment that has produced such a stark difference in regimes so immediately?
Triple H has the product starting roll...
Business (literally) feels like it's about to pick up.