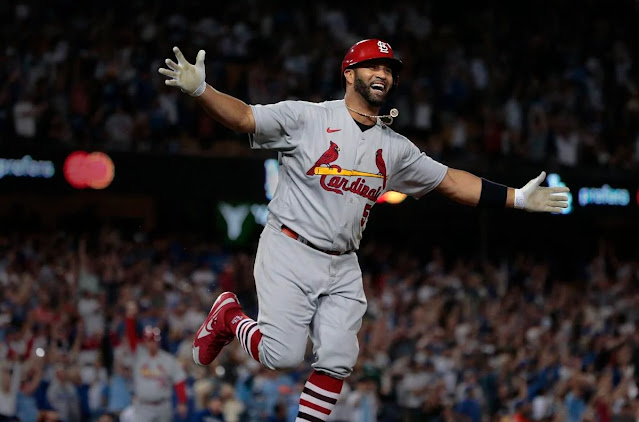 It almost feels like the negative vitriol that surrounded Major League Baseball and its labor issues have dissipated into an air of forgetfulness and forgiveness. A season that has brought us old-school lore with the chasing of historical numbers by way of Aaron Judge and Albert Pujols, and the likes of a modern-day Babe Ruth, in another dominant season by Shohei Ohtani, would ultimately do that. Sprinkle in some amazing rookies on the rise, and all of sudden it's, what did I say about baseball's treatment of fans?

It's been some season...

In this post, I want to focus on Albert Pujols...the "King", the "Machine", one of the greatest ever. After hitting a historic 700th Home Run (by the way, I definitely predicted that back in March - just humble-bragging a bit), I wanted to drop five (fitting, yeah?) thoughts on Albert Pujols: