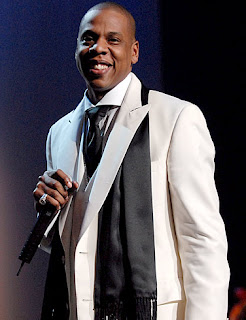 We all realize and understand how great a performer, artist, and most of all lyricist that Shawn Carter, aka Jay-Z, is. His talent at time seems limitless as he creates music that makes move our body, lift our soul, and most of all, use our heads. Throughout his career, he has been known for his unmatched ability to record songs without using a pen or paper. An uncanny talent that sees him step into studios, hear the beat, drawn from experience, and rattle off an entire song.

With Jay-Z's latest album set for release soon, entitled, The Blueprint 3, a few songs have been released, one which has caught the attention of yours truly, and many more. The song, titled We Made History, describes a person's battle with overcoming adversity, their pursuit of making their dream a reality, and now their conquest to establish their legacy.

The lyrics (posted below) are reminiscent of a poem deeply thought out with various metaphors and symbolism that creates a wow moment after it is heard for the first time. It is one of those rare tracks that many listeners will be able to relate with and will appreciate for its deeper meaning, especially in the creatively-starved music era we are in.

However, despite We Made History being on the level of the jaw-dropping lyrics we have usually come to expect from Jay-Z, one has to wonder if he decided to finally write a song? At least this song. Rarely are greats doubted in their craft, however, this song seems to finally be that test. And if he did continue his "rewriting of history with out a pen", then maybe we all have under estimated him in the past - if that is possible at all.

We Made History
By: Jay-Z

In search of victory, she keeps eluding me
If only we could be together momentarily
We could make love, and make history
Why won’t you visit me, until she visits me
I’ll be stuck with her sister, her name is defeat
She gives me agony, so much agony
She brings me so much pain
So much misery, like missing your last shot
And fallin' to your knees .
As the crowd screams, for the other team
I practice so hard for this moment victory don’t lead
I know what this means, I’m stuck in this routine
Whole new different day, but the same old things
All I got is dreams, but nobody else could see
Nobody else believes, nobody else but me
Where are you victory, I need you desperately
Not just for the moment. To make history

So now I’m flirting with death
Hustla like a G, while victory wasn’t watching
Took chances repeatedly
As a teenage boy, before acne
Before I got proactive, I couldn’t face sheet
I just threw on my hoodie and headed to the streets
I swear I met success, we lived together shortly
A success is like lust, which is good for the touch
Which is good for the moment, but she’s never enough
Everybody’s had her, she’s nothing like me
A success is all I got, unfortunately
But I’m burning down the block
I’ve been in it down defeat
But something tells me that there’s much more to see
Before I get killed, cause I can’t get robbed
So before me, success and death bandage
I gotta get lost, I gotta find free
We gotta be together to make history

Now history is mine, it taste so sweet
She’s my trophy wife, she comming with me
We have a baby who stutters’ repeatedly
We name him history
He repeats after me
He’s my legacy, son I’m a hard work
Future of my past, he’ll explain who I be
Rank me among the greats
Either 1, 2 or 3, if I ain’t number one
Then I failed you Victory
Ain’t in it for the fame, that dies in 10 weeks
Ain’t in it for the money, can’t take me when you live
I wanna be remembered long after you breath
Long after I’m gone, long after I breath
I live all I am, in the hands of history
Bless my last will testimony
This is much more then a song
It’s a baby shower, I’ve been waiting for this hour
History your ours.