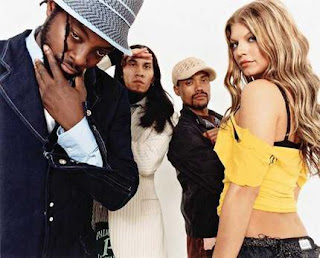 
(your a jerk)
Why you trippin I aint even do nothin

Growing up, you are always open to criticism from older generations on music in the current state. Every generation experiences this. From Country, to Jazz, to R&B, to Hip-Hop, to newer genre's such as pop and alternative, music continues to evolve with the generations, offering different styles, different melodies, and different ways to move our mind, body, and soul. However, coming up on a point in one's life where the generation behind is listening to something different, something new, and something that well, cannot be comprehended, one finds themselves on the other side of this generational music time belt. And one has to honestly ask, am I just another victim of father time, or has music really gotten this bad?

Now the first inclination is to go with the most proven commodity, and that is father time has tightened his grip on yours truly. It's one that has been proven time and time again. Could it be that I have become so enthralled with the music that I have grown accustomed to, and is synonymous with my generation, that anything afterwards is anything (and everything) but on par with my expectations?

It's a thought that leaves serious doubt. After all legends such as Elvis, The Beatles, and Bob Marley were once seen in the same light by the generations before their time. Maybe it is history and its viscous cycle.

However, after serious thought, and listening to the majority of tunes today, it is safe to say music stinks.

It's terrible, flat, stale, and uncreative.

As an avid lover of music that follows most genres and the billboard charts quite frequently, the array of songs that are available, and being produced is evident that our economy isn't the only thing slowing down. Jay-Z had a great line in his latest single, Death of Auto-tune stating, "I know we facing a recession, but the music y'all making is going to make it the great depression." And quite honestly, he is right.

And since we are on the topic of Auto-tune, let's discuss that shall we? For those not familiar with the technology, Auto-tune is a musical software which allows the editing of a person's voice, allowing studio production the ability to clean up any mishaps, tone errors, or singing failures on the track. It is fair to say that over 70% of artists use Auto-tune today on their tracks and albums.

Auto-Tune has opened the door to many artists who would have never made it big without techinological assistance. Ever wonder why we're seeing more and more younger performers making it big? From country, to rock, to rap, its evident in every genre, done by every label, and used by every performer. One could make it the equivalent of performance enhancing drugs in sports, however, we won't go there yet, although it is on it's way.

Secondly, have we actually taken a look at some the lyrics written in today's songs? "You're a Jerk" by the New Boyz is an example of the mind numbing and head scratching words that are being fed to us. Today's music is filled with a catchy beat/melody, wrapped with an even more attractive hook/chorus, and if you're lucky, a dance to go with it.

And what about the most important part of music, creativity? Artists today are rehashing earlier hits, sampling songs, using lyrics, and recycling same old tired themes.

Now, you might be saying this is all a bitter rant, but I urge you to take a look for yourself. Not all artists fall under this, however the majority cloud the perception, and feed the current beast that music has become. Labels in every genre are now pushing for quantity over quality. The new thinking is about getting as much songs out there in the shortest amount of time, thus increasing your chances of producing a hit. Artists today are sometimes releasing two albums in one year! That's ridiculous.

And despite the terrible music that is out there, the argument that is constantly made is that it's "fun". And that's an argument I can't make. In the words of the legendary Bob Marley, "One good thing about music, when it hits, you feel no pain." However, I urge you, take a good listen to what's on the radio today. Listen to the lyrics and to the songs. Because for the first time in a long time, the music there will not be an escape from pain. It is the pain.