The Olympics: Winter Games Just Not The Same 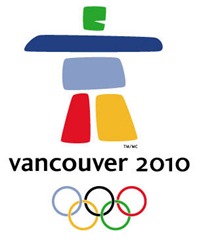 I absolutely love the Olympics Games. It’s such a spectacle that the ultimate fan of sports must love. And while sports and business will always be tied together, the Olympic Games are the closest event in sport that is as pure and straight forward as competing for integrity and pride. There is that specific novelty and admiration that we have for Olympic athletes  that bear the colors of their nation in competition. It is the stage of dreams, nightmares and Cinderella stories, where even the smallest of nations have their opportunity to compete.

Pure competition. No salary cap. No debate over small-market vs. large market spending. No free agency. No hold outs. No contract extensions or opt outs.

Just competition – to be the best in the world at what you do.

Now let me start by saying the Winter Olympics aren’t construed or gimmicked in some way that is different. The Winter Olympic Games are just about as prestigious and honoring as the Summer Olympic Games. A lot of the participants currently in Vancouver are indeed remarkable athletes. Their years of training and sacrifices to achieve a moment very few will have is as mentioned before – admirable.


However, there are several factors that cause a different view upon the Olympic Winter Games than the Summer Games.

While I understand the concept of having countries such as Brazil participating in down hill skiing aren’t likely, the absence of more than half of the world’s population makes it less credible. The Winter Games have a total of 80 participating countries while the 2008 Summer Games had 208.

Also, after years of this event occurring, its interesting to note that many are finally realizing the lack of ethnic diversity at the Games. When the same select countries (and same faces) are competing every four years in the same events, it is somewhat of a deterrent.

You may not believe this, but the Winter Olympics are all about money. Not only are the majority of the countries represented in the winter games from the Northern Hemisphere, but they are also countries that are very well off economically. The United States, Germany, Switzerland, Russia, Norway, Sweden etc…

The Winter Olympic Games are stocked with sports that require tons of specialized equipment and gear. The type of equipment and gear that could determine whether you leave with a podium experience, or medal-less. Most of the participants in these games are those that were fortunate enough to afford the opportunity to have such equipment in addition to developing such skills.

Am I off based? Ponder on this, an underprivileged child in Ghana can become an Olympian by kicking around a ball on a patch of dirt. How many people can afford memberships to ski resorts in order to practice their downhill techniques? 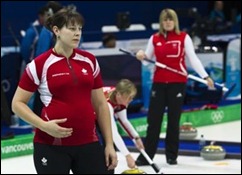 And finally, very much like the Summer Games, the Winter Games offers a variety of sports and events that aren’t exactly seen or witnessed everyday. While the Olympic Winter Games has the very familiar sport of hockey (which is leaps and bounds more entertaining and watchable in the Olympics than the NHL), its the ones such as the Biathlon that really intrigues the casual fan. People skiing downhill, then stopping to shoot before continuing on downhill would force anyone to stop flipping for a second.

Nonetheless, it is the other events that are cause for concern. In my experiences viewing figure skating and/or snowboarding over the years, I have yet to figure out what exactly constitutes a specific score. In fact, this past week I witnessed a Canadian couple receive final scores between 8.0 and 9.0 from four judges, while receiving a 4.0 and 4.5 from the Japanese and French judge respectively. Some of the events a
re just too objective.

Also, I understand curling is popular somewhere, which is why it is in the Olympics. However, when the event has an Olympian who is pregnant, it detracts from the whole “athlete” aura of the Games.

As the Winter Olympic Games continue, I’ll attempt to do my best in viewing and appreciating where and what I can. However, these are issues that aren’t entirely solvable. It is what it is. And it – the Winter Games – is not the same as the Summer Games.