Losing One More From The Core 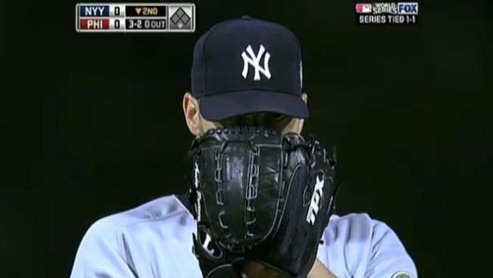 Andy Pettitte is now retired. It is a statement that is very hard for yours truly to grasp. It seems as long as I’ve been in love with this game called baseball, Andy Pettitte has been a name, a talent, a pitcher, that I have always enjoyed watching, and sometimes, learning from. Dating back to 1993 when I began to really love and understand the great game played in the summer, the Yankees weren’t very good. While I managed to catch Don Mattingly towards the end of his career, the hope that was for Yankee fans at the time was tied up in names like Roberto Kelly, Kevin Maas, and Russ Davis.


However, beginning in 1995, due to guys like Gene Michael and Buck Showalter, guys like Bernie Williams, Paul O’neill (although he was established and there before), Jorge Posada, Andy Pettitte, Derek Jeter, Jorge Posada, and Mariano Rivera were given their time to develop. And well, without reexamining history, 4 championships in 5 years occurred – and then one more, of course, just recently in 2009. 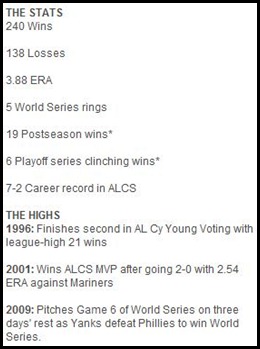 And while everyone of those members were key members, pretty much the core, what has begun is the now phasing out of that core. The same group I grew up watching every night, cheering for unconditionally in October, and I’ll be honest, being spoiled rotten by their constant winning on World Series titles.

Watching “The Warrior, Paul O’neill hit plus .300 every year, while playing an amazing right field is no longer.

Shaking my head in amazement at watching a switch-hitting center fielder that won gold gloves and contends for the hitting title in Bernie Williams is long-gone.

And now, Andy Pettitte, the best big game pitcher to where a Yankee uniform I’ve ever seen in my lifetime, has exited the game.

And with the remaining members now with declining skills, the scary part is that this will all be over soon. This group of core members are on their way out.

And on a day like today where Andy Pettitte walks away, I’m reminded of how privileged I am to have watched his entire career. In fact, that’s a tell-tale sign of becoming old – you know, actually watching a player’s entire career, from beginning to end. And while the baseball fan in me knows he will not make the Hall of Fame, the name of Andy Pettitte will always be synonymous with my childhood, great times, big games, fist pumps, sweet pick-off moves, and championships.

And oh yeah, the very thing I will miss the most – that stare! That intense, competitive, focused stare. Man, am I going to miss that!