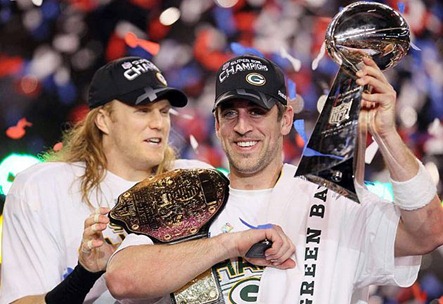 With all the confetti and streamers on the ground in Cowboys Stadium, the 2010 National Football League season is now over. After a great Super Bowl XLV game between the Pittsburgh Steelers and Green Bay Packers, the dreams of Aaron Rodgers and the rest of the Green Bay Packers is now a reality – Super Bowl Champions. Entering the playoffs as a number six seed and having to win three games on the road before finally winning the big one is an amazing feat. A feat that included the progressing maturity of what could be the next elite quarterback in the NFL for years to come in Rodgers. Although, the 2010 NFL season will always be remembered as the year that “could've been” for Jet fans like myself, it was another year of great stories and moments. And with a 2011 season up in the air due to an expiring Collective Bargaining Agreement and unresolved issues, holding on to the memories and moments of 2010 cannot be taken for granted. With that said, here are the moments yours truly will remember from the 2010 NFL Season.