Open Letter to Knicks Fans and “Knicks Fans”: Where Were You? 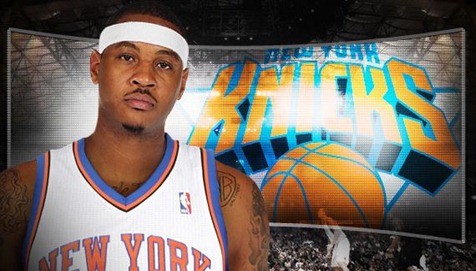 Subject: WHERE WERE ALL OF YOU?

I’ve been waiting to write this letter for what has now become ten long years. Yes, that’s right, a full decade. It was during that time when it seemed Allan Houston’s running buzzer-beater over the Miami Heat was the beginning of a new era in New York Knicks basketball. Little did I know that I was right, except, it was for the worst. Following that memorable 1999 playoff run where our Knicks team made NBA history by becoming the first eighth seed to reach the Finals, a ten year curse known as Scott Layden and Isiah Thomas came over the franchise.

From the grand days of enjoying Ewing, Starks, Oakley, Mason, Harper, Childs, Camby, Houston, Sprewell, and Johnson, we were now saddled with names that cause nightmares such as Harrington (Othella), Eisley, Longley, Knight, Weatherspoon, Marbury and Curry. We witnessed Scott Layden make disastrous move after disastrous move. Only to be preceded by Isiah Thomas who well, we all know how that nightmare went. After it all, the place that kept the winters warm until baseball was being played, now had a heartbeat as cold as the New York City winter it once protected us from.

And while during that time, it brought die hard Knicks fans to a place of humility, and a greater sense of appreciating a winning product, we learned to cope and become loyal to our team in trying, and often, very frustrating times. It was the type of loyalty Jet fans have and continue to show. The kind of loyalty Mets fans today are going through. The kind of loyalty strictly based on hope that one day things will be right again.

Now while the last ten years has had some bright spots in what is a very gloomy period, (personally for me, a great player by the name of David Lee), the period showed us who the true Knicks fans were.

It was you, the die hard fan that watched a West Coast game at 11pm Eastern in the middle of March as the Knicks battled for their twenty-some-odd win.

It was you, the die hard fan that writhed in pain and anger every time an ESPN “expert” took a shot at the Knicks and their then, current futility.

It was you, the die hard fan that defended your team when you talked basketball with the then Cavalier fans, who then announced they were simply “LeBron fans”, who are now wearing Heat Jerseys.

It was you that sat in the 300-400 section of the Garden with others like us, that truly believed on any given night our players with that orange with blue outlined lettering of “New York” across their chest, could actually defeat the Spurs. Or the Lakers. Or the Celtics.

It was you that cringed (and still does) at Knicks owner, Jim Dolan, and the sound of his name.

It was you that know the meaning of names like Isola, Berman, and Hahn. Especially, Hahn.

It was you that chanted “Fire Isiah” at every awakened opportunity.

It was you, that believed that clearing caps space for two years was worth it in hopes of one day landing two “superstars”…

…and it is you that truly believe that “if LeBron doesn’t want part of this City, then we don’t want him here anyway.”

It was you, the die hard fan that rolled your eyes at Lakers fans, and yes, “Lakers Fans”, when they discussed their tough season of being eliminated in the Western Conference Finals or losing in the NBA Finals.

It was all of us that carried the orange and blue colors proudly when doing so was not cool, hip, cliché, taboo, or pop culture to do so.

And now, that Stoudemire, and recently, Carmelo Anthony are on board, the exact plan that Donnie Walsh laid out several years ago which was scoffed at, it seems that we - we -now have company.

Now before I go where I’m sure all of you know where I am headed, let me just say, it is refreshing to once again hear the New York Knicks as being credible and relevant. We do appreciate the Knicks being discussed in positive ways. What Donnie Walsh has done is amazing. In fact, I always thought if Walsh was indeed able to follow through on his plan, we here at the DP would definitely find a way for him in some sort of DP Hall of Fame. Until, there is one, Walsh will simply have to settle for my gracious appreciation.

Nonetheless, there are only a few of us that will actually appreciate Walsh’s work as President of Basketball Operations for the New York Knicks. After today, with the official completion of the New York Knicks trade acquiring Carmelo Anthony, it seems the front runners and fraudbags are finding a new bandwagon to hitch their fraudulent ways to.

These fans, these “Knicks fans”, they –- they -- are the ones that are now claiming the orange and blue as their colors now that things are great, bright, and vibrant again at the Garden.

They are the same fans that often come aboard now that times are good.

They are the same fans that believe everything ESPN and other Carmelo enthusiasts have been saying about the then current Knick team.

They are the same fans that want the label of fan hood without the loyalty and tough times that come with the product.

They are the same fans that think of Isiah Thomas for what he did, and not how he made you feel.

They are the same fans that now arrogantly discuss the chances of the current team in the playoffs.

They are the same fans that speak of the Garden “magic”, and suddenly have City pride.

They are the same fans that rave about Stoudemire, and scoff at the meaning of Gallinari, Chandler, and Felton.

They are the same fans that would have never appeared if the Carmelo blockbuster fell through.

They are the same fans that will now tune in to be part of what is now the “in thing.”

And unfortunately, and sadly, they are the same fans that have no idea if they are they, or us.

Well, you can find out by simply answering this one question:

Where were you the past ten years?

All the best the rest of the NBA Season.