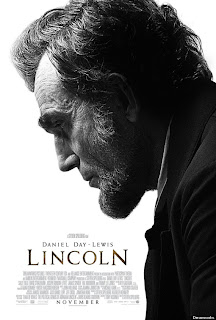 As the civil war takes its toll on the union, President Lincoln struggles with balancing the violence taking place, the chance at peace, and the overall struggle to emancipate slaves.

Standing before Congress, Thaddeus Stevens turns a question in which he is trapped into making the Democrats case into a resounding argument for emancipation - equal before the law.

Lincoln is a tremendous movie. It might be a bit heavy on the dialogue and too slow for most audiences today, but if you enjoy sociological topics, politics, history, or thought-provoking films, Lincoln is right up your alley. However, once again beware, the film is slow moving.

The film really benefits from its superb acting, realistic scenery, detailed costume designs, and overall authentic feel of mid 1800's America. However, what really makes Lincoln a great film is the highlighted struggles and hardships brought before President Lincoln in attempting to emancipate the slaves. Especially, when there were several instances he could have taken the easy way out. The film sheds light on the amazing character of our nation's sixteenth president.

And of course, if you watch this film, you'll see why Daniel Day-Lewis was nominated for an academy award. Just awesome stuff.

All in all, Lincoln is a great movie. Slow, methodical, dialogue-heavy, and tests how much you remember from High School history class. I honestly feel like most will either love it or would't care for it. The decision is up to you.