After visiting Chicago last week, I find it fitting that it's called the second city, because quite frankly, Chicago has become my second-favorite U.S. city. Really, it has. If you know me personally and follow my personal Instagram account, you would be able to tell my admiration for the city from my photos this week. If you don't, and you're a DP Devotee, and trust me, I like you guys much more than my personal friends, then I'll include some pics in this post as well.

And for the record, if I had to rank my favorite U.S. cities that I have been to, it would be as such -

After spending four days in the city of the mid-west, my experiences and time in Chicago were extremely fun, and yes, I really, really, really want to go back someday. With my wife being in the interior design field and their biggest conference of the year being held in Chicago, I just might have found my cheap option to do so.

Regardless, I loved every bit of Chicago. Here are some brief experiences:

New York City obviously has it's skyline, and D.C. is famous for the government buildings, but the array of buildings and architectural designs in Chicago is fantastic. From the buildings along the North River and within the Loop of Downtown Chicago to the neighborhoods, there are so many structures to look and marvel at. 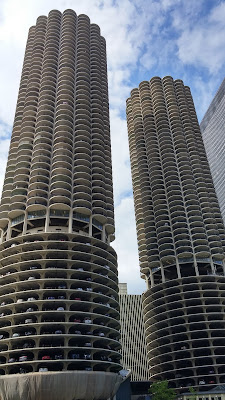 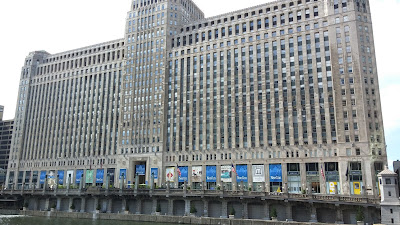 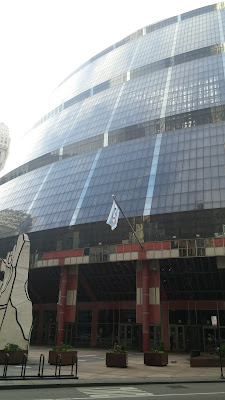 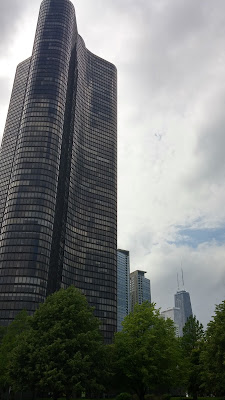 And there is also the added effect of some interesting concepts and artwork as well. Some people get wrapped up in The Bean at Millennium Park, which I think is personally alright, but it's the buildings in Chicago that are the real artwork.

Speaking of buildings, if you are ever in the city, you should definitely check out one of the two observatories they have - either Chicago360 (John Hancock Building) or the Willis Tower. 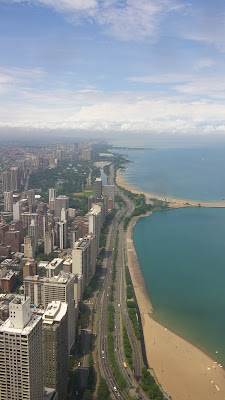 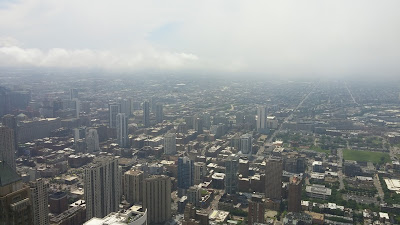 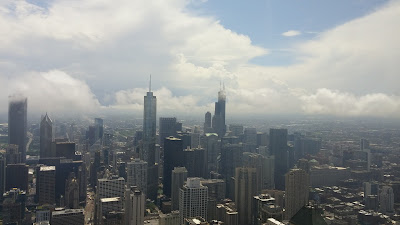 I recently had the opportunity to experience the new One World Trade Center Observatory here in New York City, and made it a must-do in Chicago. I chose the John Hancock Observatory, and it was a great view in seeing Chicago and of course, Lake Michigan.

By the way, Lake Michigan really is a beautiful lake. 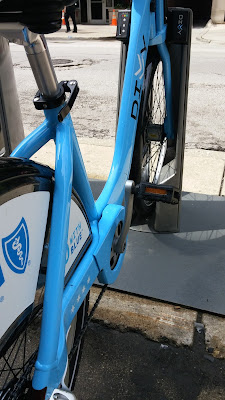 Of course, I'm a big fan of biking, as I do it all over this city. Just more advice, Chicago is a great town to bike in. Spent up to two days adventuring on my trusty Divvy Bike courtesy of an easy and superb city bike share system.

Yup, just what the title says. Here is more on my trip and thoughts of Wrigley Field.

I also rode down to see Solider Field. It was eh... I wasn't really moved.

Luckily, I happen to be in the city during the time of the Stanley Cup Finals in which the Chicago Blackhawks played the Tampa Bay Lightning. I think it's cool to say that I was in the city of Chicago when the Blackhawks won the Cup at home for the first time in 70 years.

The experience was nuts as people drove around town honking, yelling, screaming, and really, just showing pride for the Blackhawks. Really, the town already had Blackhawks gear everywhere when I arrived! 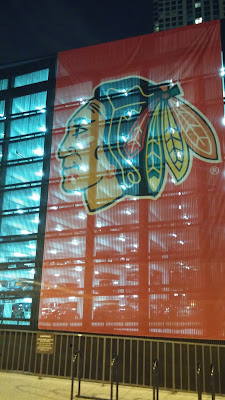 A part of me wished New York City didn't have two teams for every major sport. The divisiveness that does make for great inner-city rivalries is also a curse as it does takeaway from the overall civic pride when a championship is won.

Nonetheless, the experience is one that I'll never forget. Chicago is such a great sports town.

Speaking of sports towns, while the wife was out with some job peeps, yours truly went to a local bar to watch Game 5 of the NBA Finals. What ended up happening was one of the weirdest experiences ever - well at least for me.

In the matter of minutes I went from lone guy in the corner watching the game to chatting it up with locals, visitors, the bartenders, and even the owner, in regards to basketball.

After finding out that I was a die hard Knicks fan, the owner then proclaimed I was drinking the rest of the night on the house. "This man is a Knicks fan, I think he's suffered enough. Welcome to Chicago!" is exactly what he announced to the bar.

And yes, the rest of my beers were on the house. If for some odd reason "Dave", the owner of The Boss Bar, comes across this, thank you, sir.  Chicago is a VERY welcoming city. Dare I say, much more friendlier than NYC.

On my last day, I finally tried deep dish pizza. As a New Yorker, yes, I'll admit, I do believe we have the best Pizza in the United States. Pizza elsewhere just isn't as good, or other cities and towns are filled with chain restaurants - bleh. 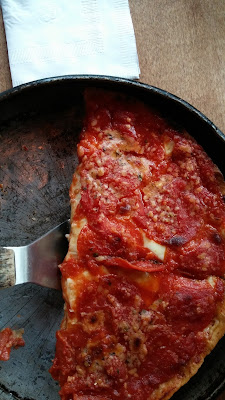 Deep dish isn't bad. I enjoyed it. Just like everything else, it was good, but second to New York's. Sorry for the homer review.

If you disagree, well, we'll agree to disagree.

Besides the whole pizza comparison, Chicago is an absolute GREAT place to dine. Great food and restaurants everywhere.

And of course, there were the other experiences such as attending the largest Blues Festival in the nation (at Millennium Park) which was fantastic, and the chance to see the Lincoln Park Zoo where I saw two Gorilla's play tag. Yup, they played tag. Two hulking, massive, gorillas hopped, or whatever it's called that they do, played an aggressive game of tag and it was fantastic. But anyway... 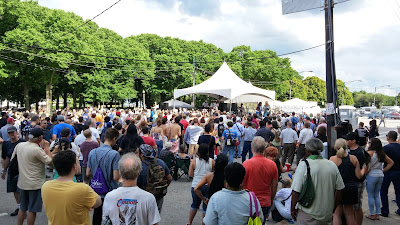 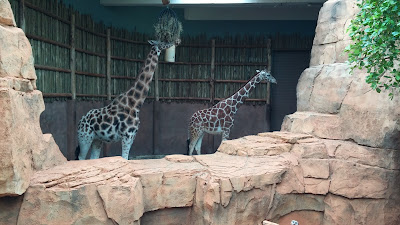 Chicago was and is fun. In four short days of awesomeness, it sky rocketed to one of my favorite United States cities. Not enough to knock London out of my all-time, but still a favorite. I can't wait to visit again.

It's such a shame the political and social issues that plague South Chicago gives the entire city a bad reputation. But that's for another post, and another time.

Chi-town, I used to hold a grudge against you for what you and Michael did to my city and my Knicks. But I'm over it. You're great. And I can't wait until we meet again.