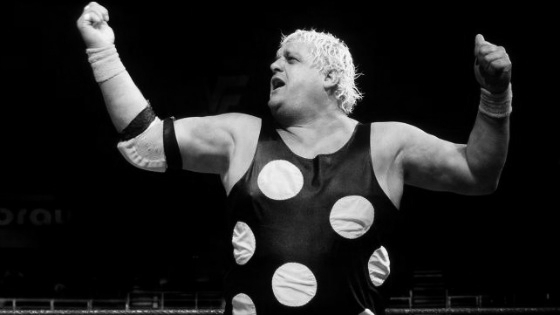 There I was in an airport terminal gate awaiting my flight to board when the news that came across my Twitter feed caused a certain life-stand-still kind of pause to my travel day - Dusty Rhodes dead at 69.

Non-wrestling fans often don't get why the death of these larger than life figures affect us so greatly. What they don't understand is that these are characters, men, and synonymous figures who represent childhood, growth and fandom for wrestling fans. For years, they've grown with us on screen, and have provided years of memories for us throughout the years.

Wrestling fans understand that. We get it. For the non-wrestling fan, I hope that sheds a bit of light on the perspective.


For me, Dusty Rhodes represents a sort of generational fandom and deeper significance. My dad was a huge wrestling fan in the 70's, 80's and early 90's before as he put it, "it all got crazy!". My pops, like many other old-school fans, is just not a fan of the newer presentation of pro wrestling. To each their own.

Nonetheless, among his favorites were Bob Backlund, Gorilla Monsoon, Bruno Sammartino, Bobo Brazil, Rocky Johnson, and yes, Dusty Rhodes. My dad gravitated towards the "manly men" with the no-nonsense approach for a character/gimmick, and then there was Dusty Rhodes. As a kid I remember finding it hilarious that my dad rooted for those bad asses along with the man who wore yellow polka-dots, danced to the ring with Sapphire, and had one of the cheesiest theme songs, even when theme songs weren't a normal thing.

But of course, it was in fact the idea that he was the son of a plumber, a blue collar guy with so much charisma that drew my dad in, and eventually myself. But most of all, it was his promos. Boy, can Dusty Rhodes talk, with a style and swagger that is STILL unique to this day. One of a kind. And then I realized, what hard working, blue collar guy wouldn't love Dusty Rhodes?

Then of course, my father explained to me that I should watch some of his "earlier" work before his WWF days. This blew my mind at a young age because the idea of someone having a "previous life" in wrestling felt so out there and beyond comprehension. For this New York City kid, it was like, "Dad there is something other than the WWF? Wait, what?!"

Thank goodness for VHS. I was able to see Dusty in a more serious role, but still with the great promo and charismatic style that carried and transformed his distinct lisp from being something of embarrassment into something of uniqueness and genuine awesomeness.

Dusty in many ways represented the beauty of the wrestling business. A common guy (son of a plumber, of course), who did not have the greatest physique, but indeed a hard worker with an abundance of natural charisma. He was the type of over-the-top legendary personalty we are so desperately losing out on in pro wrestling today, especially when most promos and guys are now slowly falling into a "formula".

Dusty was one of my dad's guys, and eventually became one of mine.

A true rarity in this genre us pro wrestling fans are so passionate about.

I'm honored to have witnessed "Dusty Rhodes" over the years. And sincerely gracious to Virgil Runnels for his dedication and hard work in bringing enjoyment to my dad and myself.