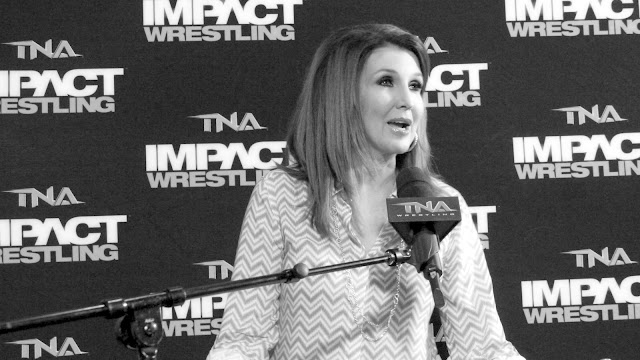 In 2002, my love and interest for pro wrestling dwindled. It literally hung from the balance the way we see the Undertaker walk the top rope. Things just weren't as exciting anymore with one brand, one stlye, and one philosophy be presented to and for wrestling fans. Wrestling fans know the story and history, the WWE owned everything, and thus, the urgency and innovation in the industry came to a complete halt.

Yet, here we are in 2016, and rumors are rampant about the financial troubles for TNA Wrestling. For the Nashville based company, this marks the fourth year in a row the end of summer has brought controversy, gossip, instability, and sheer concern for fans of the product. In some ways, the cyclical alarm creates a desensitized feeling towards the company which always kicks out of a pin at two, but this one - this very time - it feels different. This time, it feels like a true crossroads for the company.


The stories are out there. The articles have been read throughout various outlets. A change in ownership is near. And of course, for me, the biggest concern, Vince McMahon and the WWE are interested in purchasing the company. That would be the worst case scenario. That to me, would set the wrestling business back once again. Just my opinion.

Regardless, I can't help but admit that TNA Wrestling has done this to themselves. I've said over and over - again, just this pro wrestling fan's opinion - TNA lost it's soul, or whatever special entity it possessed before then, during the four year administration that was Hulk Hogan and Eric Bischoff. Every bit of equity TNA built with returning, new, and existing pro wrestling fans were thrown out of the window during that era with ridiculous decisions, awful talent signings, and the overall terrible decision making.

And while I appreciate Dixie Carter making TNA Wrestling a reality when it could have folded two months into it's existence, all of the blame falls at her feet. Those were her decisions, and many times, she let many of these twists, turns, moves, risks, and decisions happen under her command.

Have you seen TNA's website as of late? Their managing of media and social platforms that are vital in today's environment? Ugh...no excuse. Really, there is none.

I still wonder about a world where TNA and Hogan/Bischoff never crossed paths. Would they still be on Spike TV? Would business better? Maybe we are still here. Who knows?!

Really, it's all a shame too. The TNA television product is the best in all of pro wrestling on television. The product has been innovative (I'm a huge fan of the Grand Championship concept), entertaining, athletic, and overall, just better. I haven't been this into the product since 2006.

And as I sit here and type this all out with just over 24 hours away from Bound For Glory, one of the company's premiere events, it's hurtful to see that this is the fate for the company. Especially, when some pro wrestling fans have been rooting against the company's success from day one. But here we are. And let the record show, I am rooting for Billy Corgan to outright purchase the company. I haven't been more excited about anyone being a part of TNA Wrestling's leadership - ever. He just get's it.

And I'l be completely transparent, in one year, he's done more for TNA than Hulk Hogan and all of his wrestling star power has ever done. But I digress.

All in all, the next forty-eight hours will be telling for TNA, IF there is a TNA after tomorrow night's event. But one thing is for sure, I can't go back to a pro wrestling world of 2002. I just can't.