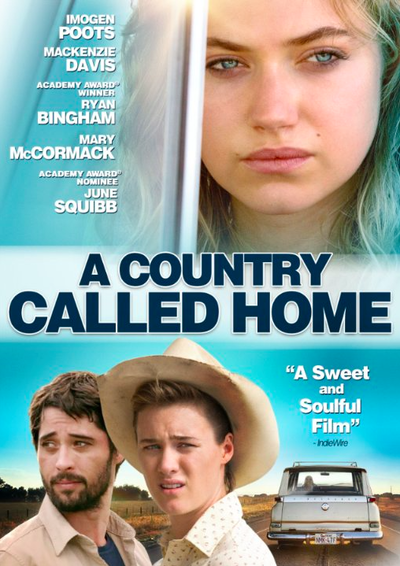 A young girl learns of her fathers death and returns home where her stay helps her put to rest things in her past to help her move forward.

Ellie and Jack share their stories, and realize that the other is what could have been - dependent on them leaving town.

A Country Called Home is an interesting film with some deep rooted situations that aren't easy to dissect. Unfortunately, the film takes those situations and offers cheap solutions to them, completely undercutting what could have been a great film.

The screenplay dives into various issues that are complicated, especially when you meet and get a feel for the characters and how they are intertwined. Like family, everything isn't always clear. However, the film really doesn't go to the next level, and really, doesn't give us more from these chacaracters when the film really needed it. This is seen especially in the third portion of the film where it takes this weird comedic route.

The acting however, is indeed solid. My introduction to both Imogen Poots and Mackenzie Davis were good ones, and I do look forward to more work from them.

Overall, this film was...eh. Take a look if you want to kill some time.