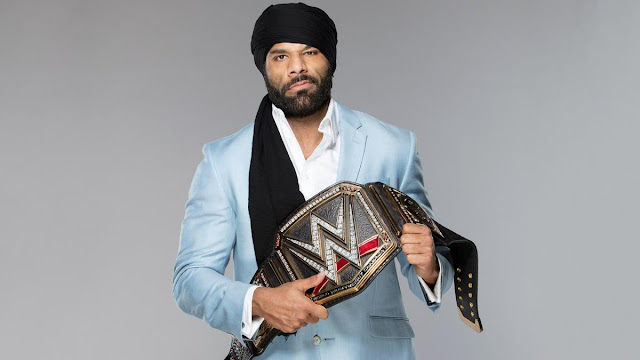 Pro Wrestling often goes through it's phases, and it seems lately, going international is where the business is headed. Not in terms of television deals, and extended broadcast rights to various countries, but we're talking like really going international. You know, with diversity, travel, culture, and all of that good hearty stuff that really embodies the term.


"International" simply meant, our wrestling is coming to your country to perform, and that was the extent of it. That's all.

Today, both WWE and Impact have some elements that are redefining and evolving the industry into a new era. It's very rare my passion for social justice and pro wrestling come together - even this sentence feels awkward to digest. But here we are! It's 2017, and international and true diversity, just like the slowly moving social climate, are peeking their heads in pro wrestling. 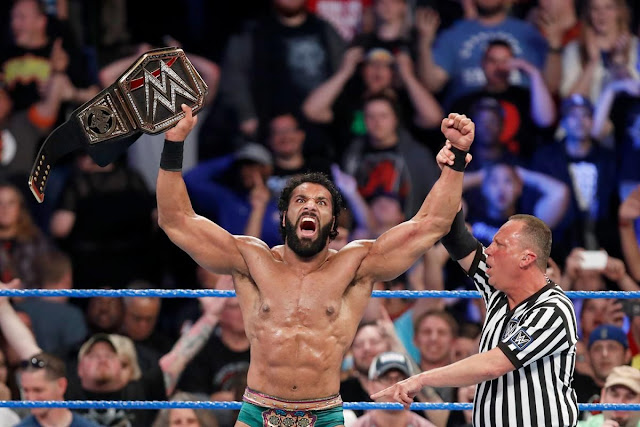 The Beyonce of 3MB

Who would have ever imagined, Jinder Mahal, WWE Champion? Yes, many of you pro wrestling fans are not fans of the decision. I am in the other camp. And I do subscribe to the theory of we've seen a Randy Orton title run before, so why the heck not? In fact we've seen it twelve other times before this one. The Mahal win is refreshing, it's different, and it gives me purpose to watch.

As for the the whole, "he's been a jobber for years" excuse I've read in various columns. I apologize for this coming comment but, get over yourself. Are you not allowed social progression in wrestling? Should you forever be a jobber if you worked your butt off to improve? Pro Wrestling fans are some of the most conditioned fans in entertainment. Just my opinion.

Either way, who knew that of those who were in 3MB, Mahal was actually the leader - the Beyonce, if you will, of their Destiny's Child.

OK, maybe that's going too far (actually, very far), but he is the breakout star. Truthfully, they've all done pretty good for themselves.

Nonetheless, I do love the idea of having someone with brown skin, of a different culture, and with an apparent culturally defined name carrying the WWE's most prestigious title. Of course, the WWE will stereotype the heck of the entire program, because let's be honest, that's what they do. When you think about it, pro wrestling conditioning, especially the WWE, is about as xenophobic as it gets. Just see and listen to the U-S-A chants anytime something not within the realm of Americana is presented.

The WWE and it's ethnic stereotypes have not evolved much. #WWEBacklash
— Dome Pondering (@DomePondering) May 22, 2017

I'm happy for diversity. But I'm afraid of what is to come. #WWEBacklash
— Dome Pondering (@DomePondering) May 22, 2017

Regardless, for a company that can count it's minority WWE Champions on one hand and only highlights such underrepresented groups whenever February comes around or whenever it serves political correctness or public relations, it's expected. But again, you have to start somewhere.

The tide on women's wrestling has turned over the past decade, and we may now be on the brink of this occurring in terms of ethnicity and race.

I'm not looking for Jinder Mahal to carry the torch for the WWE on this front or even for all of pro wrestling, but it's a small step, and I am rooting for the guy. I do fear if something goes wrong, it'll be back to Randy Orton (no offense to Orton), or some other usual WWE-formulaic champion we've seen in the past. 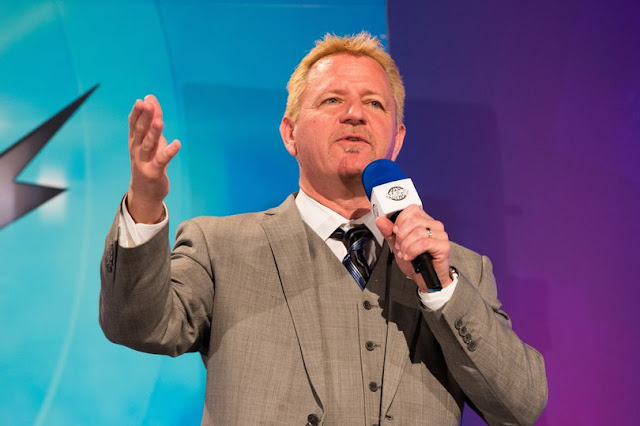 And of course, there is IMPACT Wrestling under the guidance of J-E-Double-F, J-A-Double-R, E, Double-T. Ha. Ha!

Okay, it's been a while since I've let that one out. But the man who has had this global vision for pro wrestling for a while now is following through as Impact airs from India in a few weeks, becoming the first U.S. pro wrestling company to film and air television from the country.

The world isn't perfect in how we handle our differences, but it's far, far, far ahead of pro wrestling.

Again, when you digest and think about it - how can this be? There are 1.3 Billion people in India! That's a pretty big ass market to leave untapped for so long!

Regardless, it should be interesting to see how the tapings are produced and come off for television, especially as the roster continues to mirror an international diversity philosophy Jarrett is looking to present for the product.

We've seen the UK become the hottest international region in pro wrestling as of late, and the WWE is capitalizing on this region in a big way with special tournaments and events, acquiring and stashing UK talent, and even creating a United Kingdom title. For the record, I miss The European Championship. But I get it...

I am very eager to see the kind of roots IMPACT will be able to lay in India, and whether if this is something they can turn into viable market moving forward. Maybe an annual Indian Cup tournament? Hey, maybe an Indian Title? Nah.

But seriously,, who knew India would become the focus of the pro wrestling world?!

All in all, I love the new trend of a true global and international feel to pro wrestling. We could also go into Shisuke Nakamura's success within the WWE world, and the various partnerships now being formed abroad by various promotions from all over the globe.

The industry is too far behind in social makeup in looking to create and retain fans. After awhile, there comes a point where it's obvious that in today's society, faces and cultures you can relate to. you are absent. You want to see those similar faces, and honestly, fans want to be exposed to various styles and presentations.

From a business standpoint, and for the future of the business, you also want faces from areas where athletes and desiring professional wrestlers believe they indeed have a shot. Like, a real shot! Not a I-expect-to-be-given-a-Samurai-warrior-gimmick-because-I-am-of-Asian-decent kind of shot.

The world isn't perfect in how we handle our differences, but it's far, far, far ahead of pro wrestling.

It's time to change that.