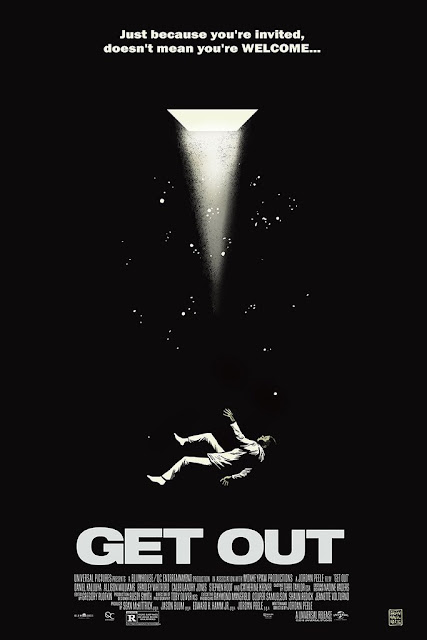 A Young black men spends the weekend at his white girlfriend's parent's house. What happens next gives way to a thriller, but more so, a microcosm of race relations in society.

After meeting another black guy at the weekend gathering, a flash sets off Gordon Greene who attacks Chris and tells him to "Get Out" starting the thought process on what's going on.

"If I could, I would have voted for Obama for a third term."

I (obviously) watched this movie well after the public praise of the film. But after finally sitting down and watching this, there is so much props that should be given to Jordan Peele for creating this film, and for spurring many discussions on race relations and various social topics.

Obviously, the beauty of this film is in it's ability to spur discussion, but also in it's hybrid format, which is part thriller, part comedy, part documentary, part whatever - because it's a film that is truly, truly tremendous.

Obviously, I'm late to the party, but this film is one of the best of 2017. A must watch. And for this social justice junky, who too must navigate the white space of in-laws, it's a genuine and authentic breath of fresh air.