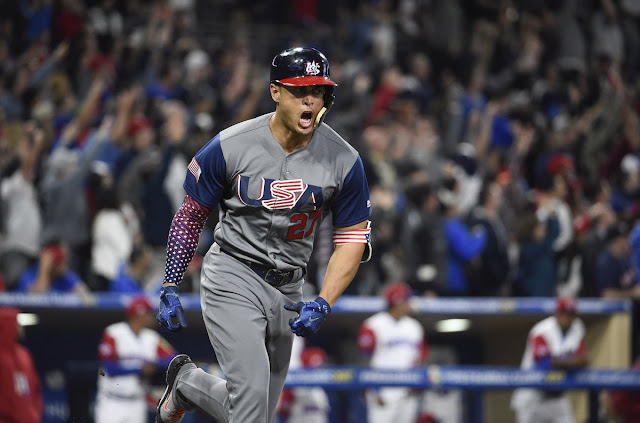 1. Brian Cashman - Yes, I was one of those crazies that followed the breaking story of Stanton to the Yankees on Friday night into Saturday morning - until 4:00am to be exact. I still can't believe it's real. More so, can we give credit to Brian Cashman, who continues to prove doubters wrong in his wheeling and dealing? The rebuilding was one year, and well, that included being one win from the World Series. Just Crazy.

2. Get Out - I finally got around to watching the Jordan Peele film, and it's absolutely amazing. So thought provoking in so many ways. A great film, and ironically, one that has me thinking about visiting the in-laws in a week or so. Just kidding...sort of.

3. Supergirl - This girl is 16 and already can squat way more than I could. Such a crazy story, but an inspirational one. Definitely give it a read.

1. Roy Moore - "I think it was great at the time when families were united — even though we had slavery..." SMH. Yet, we still hear some hold onto the MAGA concept. Ridiculous.

2. California Wild Fires - The images have been jaw dropping, and now the stories are troubling. I have colleagues at UCLA who recently relayed to me that the air is reaching dangerous levels. Just crazy.

3. Russia Doping Scandal - Sooo...Russia is out of the Winter Olympics for doping. Why am I not surprised? Though, I do feel for those athletes who are clean, and now, will be unable to represent country at the Winter Olympics. Such a shame, but yet, so Russia.

1. Stanton to the Yankees - Giancarlo Stanton is a Yankee! I still can't believe it. Can't wait to hit the stadium in April.