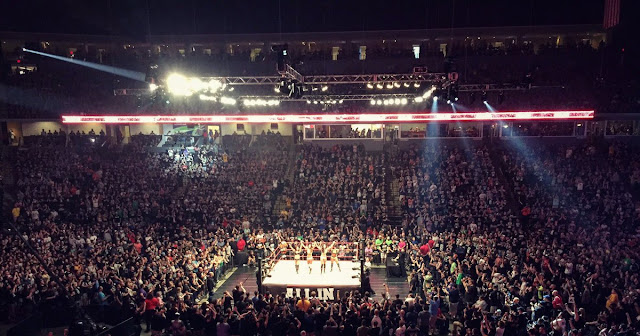 1. Remembering McCain/Franklin - The nation mourned two significant and historic people, when it comes to Americana, in John McCain and Aretha Franklin this weekend. Still tough to believe we are now without both, but of course, better off for it.

2. Clint Dempsey - Cheers to Dempsey who finally called it a career. From representing the US National team as well as leading the Seattle Sounders to an MLS Cup, Dempsey played the great game with grit, fire, and a style that could entice any American to the game.

3. ALL IN - I haven't had a chance to truly sit down and watch the event (planning on it soon), but from reviews, Twitter (of course), and hearsay, the event is can't miss. And what a success for Cody Rhodes and the Young Bucks producing a massive show independently. The pro wrestling landscape is definitely changing. 2019 is going to be wild.

1. Puerto Rico Death Toll - So, the death toll of Hurricane Maria is almost the equivalent of what 9/11 was? Not only does that break my heart, but it also makes me angry knowing the lack of support our nation provided our people on the island of Puerto Rico. Truthfully, the only image I have is of the President throwing paper towels out. Unbelievable.

2. "Monkeying It Up" - How these sayings are still allowed a pass is beyond me. There is no getting around that - it's not a saying. Flat out racist.

3. Labor Day Weekend/ Summer Heat - Giving a slight down not for the weekend, but because it means summer is now over. And even worse, it's final days have been so tremendously hot that we haven't been able to really enjoy it.