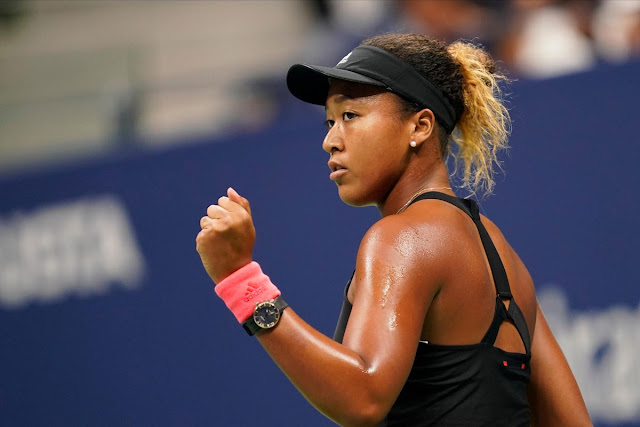 1. Osaka/Djokovic - Well the U.S. Open surely was interesting this weekend, huh? Despite the shenanigans, much love to both Naomi Osaka and Novak Djokovic who played great games to win the U.S. Open.

2. Nike - Not many companies do it because of fear of backlash or lobbying backlash, but kudos to those at Nike who made the decision to stand for Equality this past week. It definitely is a trying time, and it's refreshing to see in a world where lobbying efforts and political fear rules.

3. Obama Speech - I miss President Obama. I mis everything that is his coolness and oratory splendor. This isn't a political bias. It's just that after his speech - damn, I miss the dude giving speeches. And truthfully, I miss a President who understood social injustice.

1. Cincinnati Shooting - Imagine, we live in a time where another public shooting doesn't cause major concern, but in fact, who headlines a sporting apparel ad causes an uproar.

2. Dallas Police Officer - This story not only broke my hear this weekend, but it continued fear for any person of color and their relationship to the police. A God-fearing man was shot and killed in his OWN apartment. The officer's defense? She believed she was in her apartment. Unbelievable.

3. Kenner Mayor - Folks, the mayor of Kenner, Ben Zan, is demanding a ban on any Nike purchases for the city's recreation department. You can't make this stuff up. I wish people felt this strongly about guns. Or about equality. Or race relations. Or not being jerks. America - always ass backwards.