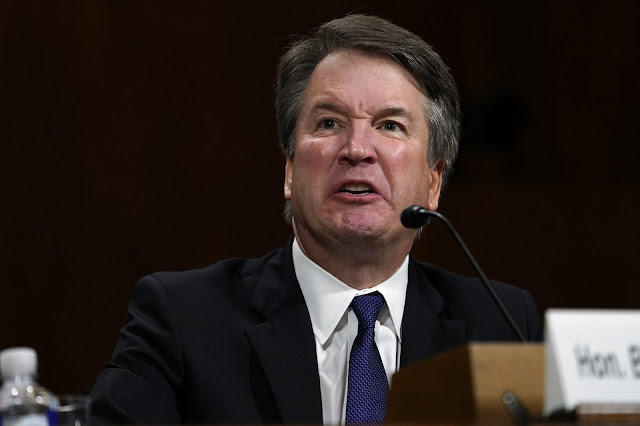 1. Dr. Christine Blasey Ford - Classy. Clutch. Those are the first words that arise to me when it came to Dr. Ford and her proceedings during this week's hearing. She was absolutely gracious and poised in an environment that is meant to break others, and was the reasoning why many sexual assault victims do not come forward. Do I believe her? Honestly, I very much do. Especially after seeing Judge Kavanugh's super defensive outbursts and answers.

2. Elevator Women to Sen. Flake - Kudos to these women. They took activism straight to the lawmakers themselves, and forced them to listen. This, honestly, might be my favorite thing of 2018 thus far.

3. MLB Weekend - What a weekend. We had the goodbyes (in various forms) to David Wright, Joe Mauer, Adrian Beltre among others, and we have an awesome week lineup with two tie-breaker games tomorrow leading into the playoffs. Gimme all the baseball as we prepare to be without it soon.

1. Kavanaugh Hearing - What. A. Mess. So incredibly ridiculous how politics gets in the way of simply doing a background check, and wanting to make sure the candidate at hand is fit for the Supreme Court. Kavanaugh, even if he gets on (which, I also believe he will - cause, you know, 'Merica), will forever have this tied to him. By the way, I still have no idea waht Lindsey Graham was trying to say in his "epic rant". SMH.

2. Indonesia- Absolutely horrific to hear of the damage done in Indonesia after this week's natural disasters. Yes, plural. Over 800 are feared dead after a huge earthquake AND tsunami hit the country. Just awful

3. Kanye West - I think it's fair to say, the black community has DFA'ed Kanye West. Forget the MAGA hat and Trump praising on SNL this weekend - that's his opinion. But did this dude really just say we need to "get rid of the 13th amendment"? You know, the very thing protected people of color - heck ME - from being trapped in the bondage of slavery and working the fields somewhere? Man, get outta here.

SNL - I don't watch SNL anymore, but kudos to Matt Damon and the crew from SNL on the spoof of Kavanaugh and the ridiculous hearing. "I'm an optimist. I'm a keg full kind of guy". Classic stuff.