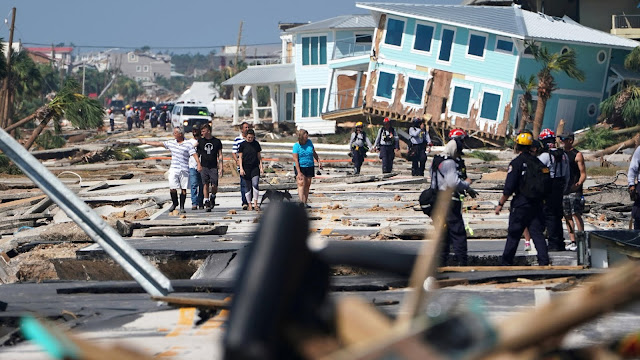 1. Mobilized Voters - Mid-term elections are upon us, and it's been quite interesting to see so many people mobilized (and motivated) to vote. For me personally, I haven't experienced this kind of push, regardless of your political views, since 2008. Unfortunately, with that ambition, comes more voter suppression - ugh.

2. Elon Musk - Kudos to Musk who donated $480,000 to Flint Schools in order provide clean water. Despite this awesome generosity, two things: 1) Did it really take only 480K to provide clean water? How infuriating is that?! And, 2) At ONLY 480K, isn't clean water for Flint easier than the continuing negligence we are seeing?

3. Paul Lopez - The first black for F-22 Demonstration Team is quite the accomplishment. And honestly, the fact that being the "first black person" is still available in specific categories in life, just shows how far we have to go as a nation.

1. Murder of Jamal Khoshaoggi - This such an awful story. And one that questions the ethics of the Saudi Government. Oh by the way...WWE, yes, it's time to review that new brokered deal with the Saudi Arabian government.

2. Hurricane Michael - Hurricane Michael devastated West Florida this past week. While claiming 33 lives along the way, the hurricane has left more than $8.1 Billion in damage behind it. The photos are just horrific.

3. Voting Suppression - Opposing the the whole "mobilized voters" up trend is the continued discovery of various ways we are seeing voter suppression around the country. From extreme gerrymandering, purging eligible voters without their knowledge, or a favorite of closing polling centers on communities of color, we've seen new forms of suppression pop up to curtail "certain" voters from being eligible. Cause you know, 'Merica.

1. Kanye West - Old White Men just got their claim to their favorite rapper this week in the form of Kanye West. Seriously though, watching the way West is now used to discredit black issues and voices on the current administration is just sad. As for West, he's just as a sad these days.

2. "Cornerstone Caroline" - Yup. Just add another story to the white people call 911 for no reason pile. Super SMH. BTW - kudos to that lady who tried to talk some sense into "Caroline". Can you imagine how many situations can be escalated if white people could be allies to these issues? Silence is a choice.