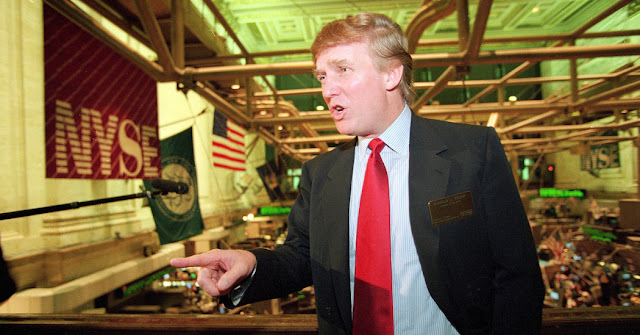 1. MLB Playoffs - Thus far, the beginning of the playoffs has been unbelievable. Despite the Red Sox dominate season, all five teams to make the playoffs had legitimate arguments to win the World Series. I always say it - because it is true - baseball has the best playoffs.

2. New York Times Trump Tax Article - This was a VERY interesting read. Also interesting was the research and documents sought through to put together this piece. OF course, many are going to claim "fake news" and hyper politicize it, but you know, whatevs. The President has done a lot od dumb things, and some things he gets treated unfairly on, but this is one of those tha makes you wonder about his legitimacy and the authenticity of who he claims to be - an American self-made Millionaire.

3. 6-Year Old Resource Officer - I just loved this story. We don't get enough good news in the world, and this is one of those stories - especially, since becoming a father - that truly makes you see the good in the world, even through all of the garbage. And yes, addressing the elephant in the room regarding the story - not ALL of Alabama is overtly racist.

1. Mitch McConnell - The idea that McConnell called the Kavanaugh investigation a catalyst to fire up the GOP base is quite ridiculous, and just a another example of the grossness involved with this entire situation. Just so much SMH all around.

2. Haiti Earthquake - The country of Haiti just can't catch a break. After a 5.9 magnitude earthquake rocked the northern part of the island, the country is once again left scrambling for aid and recovery.

3. Boko Haram - The absolute worst of human kind are at it again, as the Nigerian Terrorist group has kidnapped more girls and are threatening to kill one if their demands are not met. Heartbreaking, and absolutely angering.