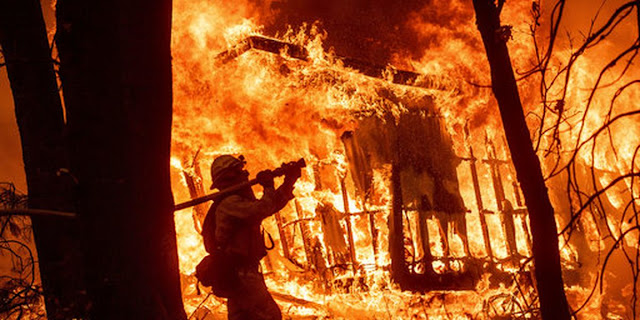 1. Veteran's Day Weekend - Sometimes, saying "Thank a Veteran" sounds cheesy and not enough. And even the day feels, well, not enough. But really, it should feel that way, no? So many thanks to those who served our great country! And even that didn't feel enough.

2. Midterm Elections - I'm giving the "Up" for this week's midterm elections not because of the political outcome or strategy involved. I'm giving it some love because of the process involved. Because many people are once again invested in the political process. And because, we saw many first-time-elected candidates come to fruition - women, people of color, etc... Especially, so, the now overwhelming power of the woman vote.

3. MLS Playoffs - The MLS Playoffs has been awesome. And yes, I was glued to my TV for my Red Bulls who exercised some demons against The Crew tonight! Both Conference Finals are going to be really, really, interesting.

1. Thousand Oaks Mass Shooting - So, now we add a Bar to the list of places we cannot attend safely. And yes, even in one of the SAFEST areas in America. Again, another shooting. Another white male as the suspect. But, it's not a problem. Nope. not at all.

1A. Double Victims - My heart goes out to those who were present in the Thousand Oaks shooting as well as during the Las Vegas Shooting. Especially so, of that mother who lost her son after he survived the Vegas shooting. That's horrifying on the psyche, and really - no other way to put it - it shouldn't happen. Not once. But twice? SMH.

2. California Wildfires - California JUST can't catch a break. These fires are out of control, and have already taken the lives of 29 people. I just can't imagine what it must be like to have your home - YOUR HOME! - in the line of these fires.

3. Politics & the Press - And finally, there is the mess that is politics and the press. Never have I ever felt as divided in our country, or simply, viewing such political angst, in my lifetime. It goes both sides. From the Jim Acosta situation (move on from your question, no?), toTucker Carlson being threatened at his home, to the President attacking journalists of color - all of it, has become ridiculous.