Dome Pondering Movie Review: The Hate U Give (2018) 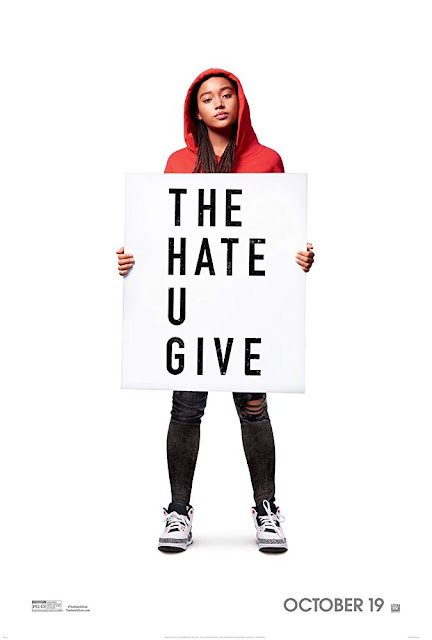 After witnessing the fatal shooting of her best friend by a police officer, Starr finds herself in a crossroads in having to find her voice, and stand up for the injustice.

After witnessing their father (Maverick) slammed into the glass and harassed by Police officer, Maverick has his kids line up on the grass upon arriving home, and reminds them to not let anyone silence them.

Carlos: [solemnly] It's a complicated world

Starr Carter: [dismissive] It's not that complicated

This was a tough watch for me. Not because The Hate U Give is a terrible movie. In fact, if you watched this film without having read the book, it's fine as is. However, as is the case many times, the film just doesn't capture the beauty and rawness around racism, inequality, injustice, and all of the emotions involved that the book does. All of the characters also just feel incomplete in the movie - particularly that of Chris.

With all of that said, because if we compared films to their book counterparts, we will always have this same conversation. Nonetheless, The Hate U Give (as a film) is tremendous and has various important scenes that can be pulled, unpacked, and discussed for any person searching through issues impacted by race, or for any discussion or classroom looking at inequality.

All in all, much like Crash, this film will be looked upon for diversity concerns for years to come.