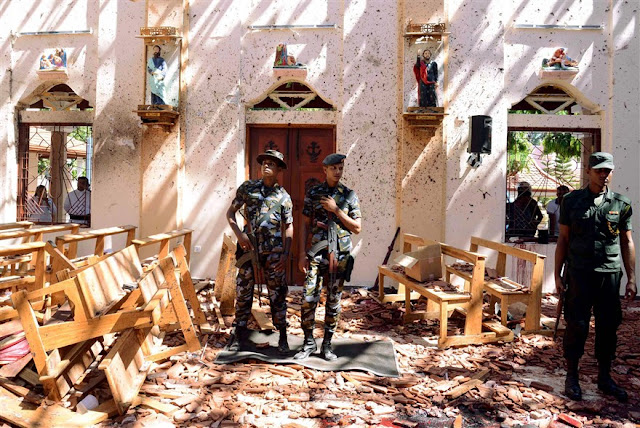 1. Malaria Vaccine - For the first time ever, the world will see a vaccine for Malaria and it will go to 360,000 African children. Malawi, Kenya, and Ghana will be the first nations to administer the new vaccine to children under the age of two, helping to save many, many, many lives along with it. This is pretty cool, and is exciting to see areas around the world in need of healthcare get first dibs on much needed vaccines and care.

2. Avengers End Game - I am insanely behind on everything - Avengers, Captain Marvel, all of it. So yeah, watching End Game won't happen for me for awhile. However, getting the "Up" this week is the film for raking in an INSANE $1.2 Billion of box office money in the first weekend of its release. That's just stupid insane. So incredibly insane.

3. Damian Lillard's Series Ending Shot - The OKC vs. Blazers first round match-up was something beautiful. It simply reminded me of that old-school 90's NBA with players that actually did not like one another. Even better was Lillard's series-ending shot from 27 feet. Poetic. Madness. And yes, produced a pretty awesome meme.

1. Sri Lanka Fear - Even after a week since the nation was rocked with terrorism on Easter Sunday, killing 300+, according to reports, the nation has spent the week in fear, including this past Sunday in which many churches were not operational due to fear of a follow up attack. So sad. It's rather incredible the hate the world can produce.

2. San Diego Shooter - More mass shootings. SMH. When do we start to acknowledge it?

3. Trump's Abortion Comment - Look, I don't overwhelmingly support Abortion. I do think we do not value life as a country (see above "Down"), yet, I do believe there are situations and needs for it. I know, I'm not exactly making the longtime debate clearer. Regardless, Trump's comments about abortion, with a clear intention to incite people, was not only an outright falsehood, but just outright dangerous. But, really, are we surprised?