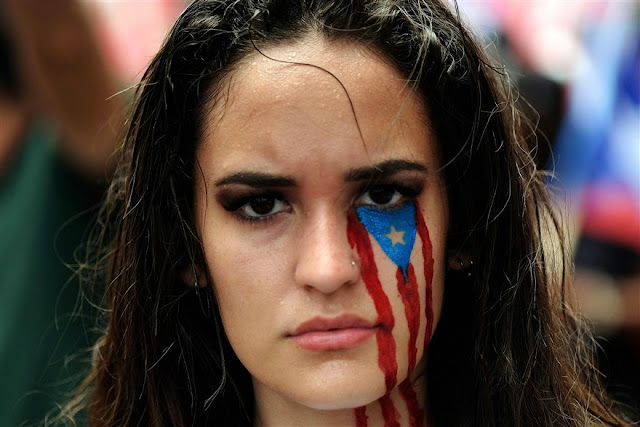 2. Puerto Rico Democracy - Democracy was at work in Puerto Rico over the past few days as natives of the country rallied and protested until Governor Ricardo Rossello resigned. Government should work for the people. This was a great example of that happening.

3. Erica Wheeler - In a truly inspirational story, Wheeler won the WNBA All-Star Game MVP. After going undrafted, bouncing around the league, and experiencing the death of her mother via cancer, Wheeler had her moment on of the game's biggest stages. Sports can often be draining because of where narratives have gone, but it's these type of stories that will always make it worth it.

1. Garlic Festival Shooting - Another mass shooting. And once again, a child dies due to one of these ridiculous events. When - WHEN?!!! - does this stop?

2. Baltimore - I will say this on the city of Baltimore. There are a lot of hard working people in the city who didn't deserve that comment. I wish the President decided to find solutions for the problems in his country - after all, he is the President of the United States - rather than send blame.

3. Capital One Breach - This is scary. How a hacker is able to gain access to thousands of social security numbers and credit card numbers - especially access to vital bank information - is all sorts of worrisome. What a crazy time we live in.

1. Mueller Hearings - So, what was the point of this. No matter what was said, this will boil down to one side throwing everything at Trump, and the other side, making every excuse in the book for him. My take away is simple - why hasn't the President simply said that he condemns Russian interference and will do everything to make sure our democracy is protected? Easy, no? These hearings - with no further investigation - will never go further than what we've seen - if there is evidence at all.