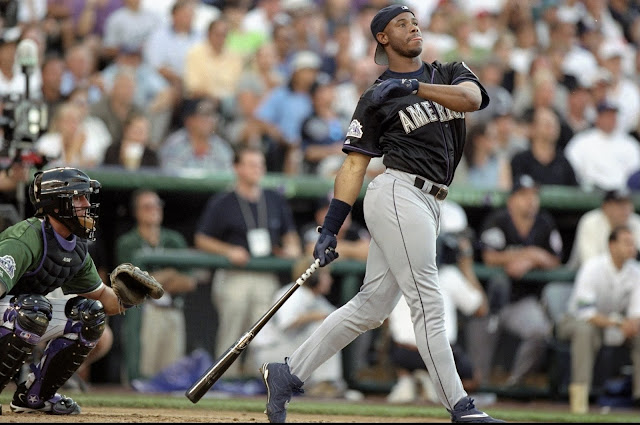 It's been awhile since I've thrown myself into something fun like doing a Pondering 10 post. And after tonight's Home Run Derby, why not continue the fun? While watching Vladmir Guerrero Jr. smash ball after ball with that violent hack of his, it took me back to Josh Hamilton's performance at Yankee Stadium. I also thought about Giancarlo Stanton's performance in Miami. And then the wheels started going: what would be my dream Home Run Derby - you know, if all guys were in their prime?

So with that said, here is my latest Pondering 10, my dream home run derby. 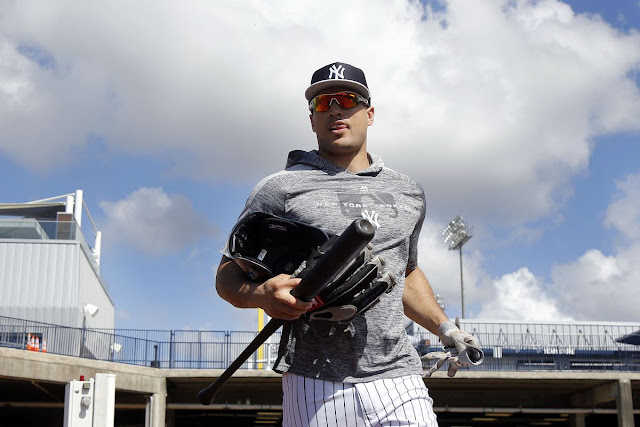 10. Giancarlo Stanton - Currently at 306 lifetime Home Runs, I'm thrilled this dude is a Yankee. Few hit the ball as hard as Stanton, and placing him in an environment like a Derby is always must-see. 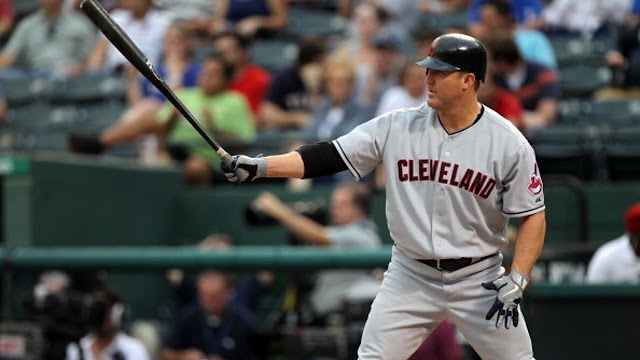 9. Jim Thome - If you check the posts here on the DP, you'll see that I've always been a fan of Thome. The guy just mashes. He's big. He's strong. He's got a wicked follow-through for a left-hander, and again, he just mashes. 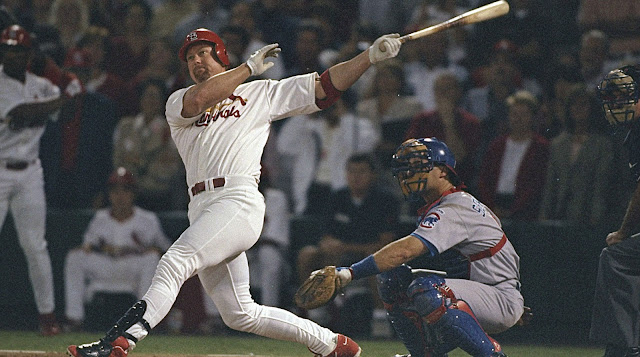 8. Mark McGwire - Ditto on everything I stated about Thome, except, Big Mac is doing it from the right side. McGwire made a living in placing balls in upper tanks during games, and he also had some memorable Derby rounds that makes him a must for this dream derby. 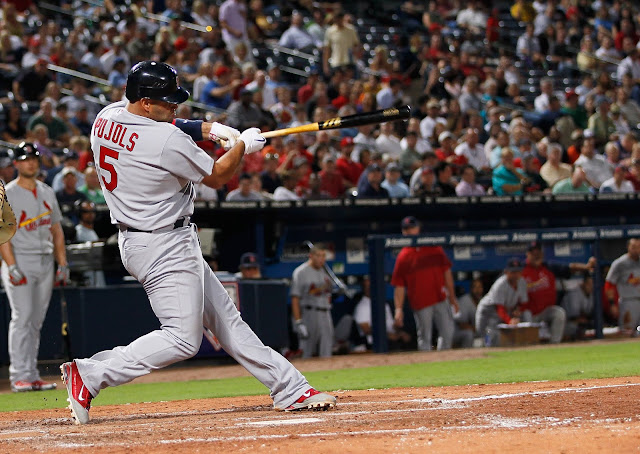 7. Albert Pujols - In my dream derby, not only would the rules be the modern version of timed rounds with extra bonus for distance, but I would also give extra time for opposite field homers as well. Unfortunately, people forget the Cardinals version of Pujols who was absolutely unreal, which is why he earned the nickname, the machine. Pujols is in my derby, and probably puts at least eight homers in the seats by going the other way. 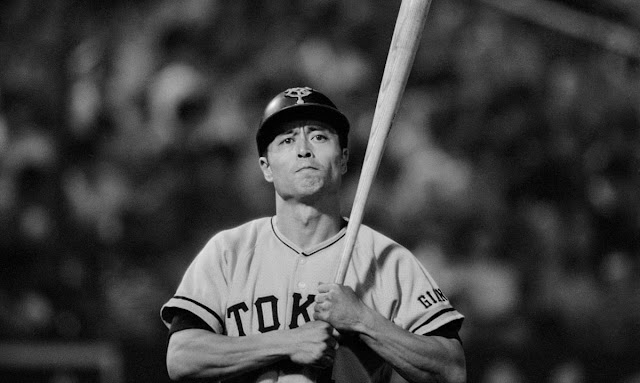 6. Sadaharu Oh - I'm big on baseball history. Not just the MLB, but Japanese baseball, Korean baseball, and especially everything that was the Negro Leagues. Yes, I'm a nerd. Oh is one of those guys you just always wonder - what if? What if we can drop him and his prime talents into the MLB, how he would fare? Certainly, hitting 868 home runs in Japan is impressive. And if you watch film of him (thank you, YouTube!), Oh was definitely legit. 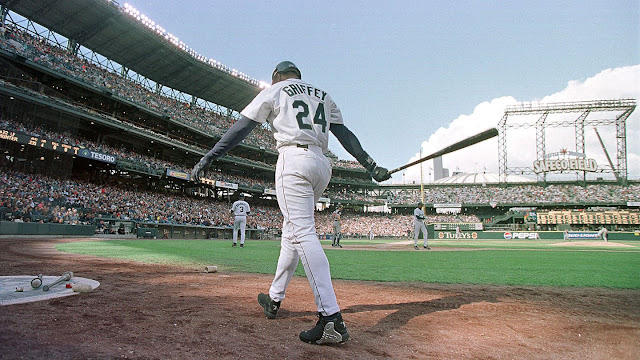 5. Ken Griffey Jr. - No chance i'm leaving Griff out. Not a chance I'm leaving that swing out. It would be a crime to not have him rocking a backwards cap while launching balls out of the park. No way I can have a dream derby without The Kid. 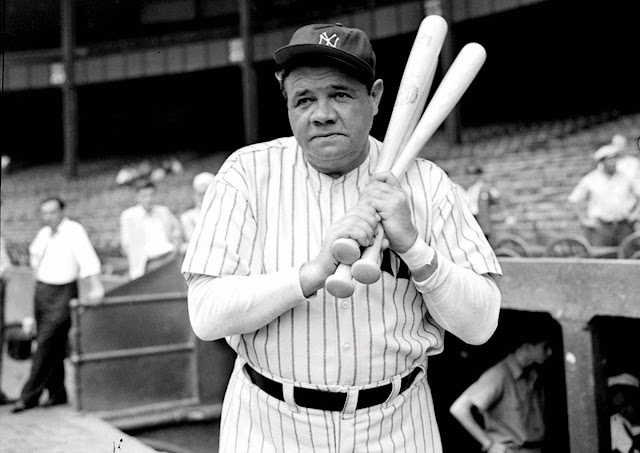 4. Babe Ruth - The legend. That's all that is needed. Plus, I'm curious how Ruth would fare in a competition such as a home run derby. And would the pressure of so much talent get to him. Yeaaaaaaaah, I went there. 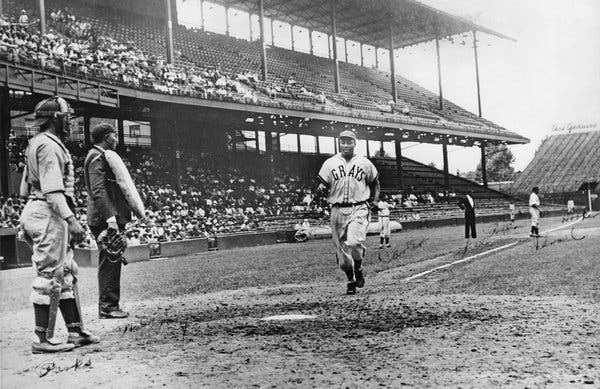 3. Josh Gibson - As mentioned before, I love diving into Negro League history. In fact, it's on my bucket list to go to Kansas City for the Negro League Hall of Fame. Nonetheless, if you do some research and some digging around, you'll quickly learn the true talent of Josh Gibson. In fact, many who played with him and Ruth considered Gibson to be the far superior player, dubbing Ruth as "White Josh Gibson" within the Negro League circles. I would definitely want Gibson and his storied power on a stage to get the notoriety he deserves, and of course, to get that 1-on-1 round with Ruth. And yes, I would fix the bracket to make sure that happened. 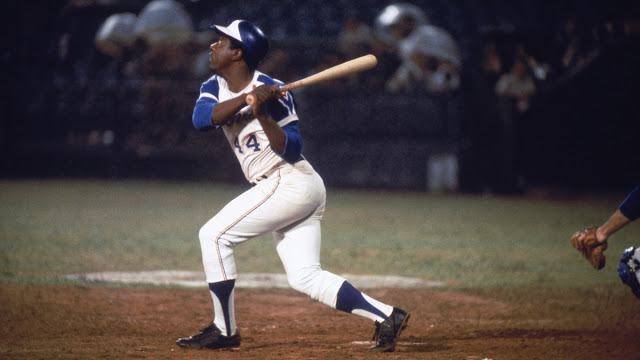 2. Hank Aaron - Can't have a derby without the hammer. Although, much like Ruth, I'm curious how a hitter like Aaron would do in a home run hitting competition. Griffey vs. Aaron in a head-to-head matchup would be AHHHHHHHHHHH-mazing! 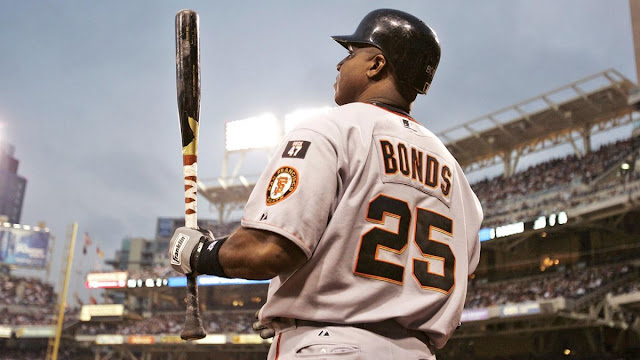 1. Barry Bonds - Bonds is THE best hitter I've EVER seen in my lifetime. Save the steroid rebuttal - because alleged -using Bonds broke the game of baseball during that - you know - "alleged time". It was that insane! Bonds' insane competitiveness - what drove him to allegedly use - is rooting in wanting to be better that everyone else. That inner craze is what I'm banking on to be must-see in this dream derby.