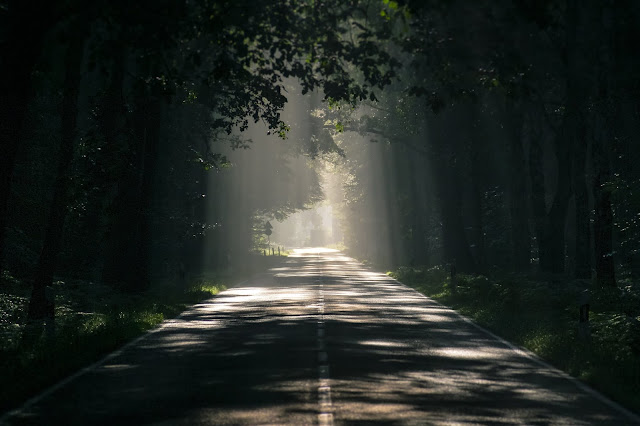 I'm not sure what it is about television shows centered on life and football that always seem to resonate with me. I can recite Friday Night Lights episodes and movie lines like scripture for life scenarios and advice. My students can all tell you the number of times I've' said to them in times of crisis or doubt, "Ok, you're gonna win state...but not tonight..."

This was once again the case while watching a recent guilty pleasure of mine during these quarantine times, All-American on Netflix. There is a scene in Season 2 (warning: spoiler alert coming!!) where both coach and star player share a relatable moment after the recent death of the player's father. The player had been struggling to merely exist in specific moments, feeling unmotivated and in many ways, not wanting to participate or engage.

"It was hard for me too at first. Everything that first year, is going to be a first. It's not easy. But it's necessary" Coach Baker says to the athlete, Spencer James. "Welcome to your year of firsts."

While watching this episode, that scene struck a chord in my heart. I know it is just a television show - I do - but it was something about that line I knew was all too true. All too real. At that time, I was about seven weeks removed from burying my dad and started to once again feel like myself, more so beginning to feel comfortable in this new me - without him.

Then, of course, there was this week. The first tough one in what will surely be a tough year of firsts. Thursday, June 18th - his birthday. Sunday, June 21st - Father's Day (and my mother's birthday).

I would be lying if I said I didn't struggle this week. I very much did. I struggled a lot. My mind raced, and it felt like I couldn't slow it down. I took long bike rides but just ran into sites in Brooklyn that ignited a memory. There were even small things like watching my son sleep in the same mannerism and position that is synonymous with my Dad's naps as well.

A lot of things reminded me of him no matter what I engaged in. I found myself playing video games a lot, a space in which my dad had no real estate, and really, it was an easy way for me to self-assess through this tough week. Video games are an odd therapeutic measure for me.

Despite it all, I managed to get through it. Visits with my mom throughout the week definitely helped both of us. Especially as we continued to rid my parents things of his clothes and belongings as well as planning to renovate the house, it felt like a nice way to book end whatever the last few months were, and to start a new chapter. Yet, even with those plans, I just knew Father's Day would be an extremely tough day. And it was.

I woke up, engaged with my wife and son to allow them the ability to celebrate Father's Day, and then I was on my way to my father's gravesite for the first time since watching his casket lowered into the ground.

All week I imagined it would be weird, but shockingly, it helped me immensely. It felt like the entire week of uncomfortableness was unnecessary. I literally sat on his grave and engaged in what felt like a three-person roundtable - me, my dad, and God. I did all the talking. And I'm sure, both shook their heads and laughed with a response of, "Yeah, we know...".

Upon returning home, I sat in a chair as my son delivered a father's day card to me by orders of mom. He ripped open the envelope then became more intrigued by the envelope than that of the initial mission. It literally was everything. At that moment, it felt like things sort of realigned what had been shaken all week. For the rest of the day, I couldn't bring myself to the admiration, the celebration, or the adulation the day brings fathers, or even to a fraction of what I endured just a year before.

I just couldn't bring myself to accept Father's Day this year. I didn't feel I could engage in it. I wanted an empty void in my heart for Father's Day 2020 to be in remembrance of him. And finally, because of that void, I was able to appreciate everything he did for me, and realize I had work to do to be an even better father. Because I wanted that, and much more for the kid brought me my Father's Day card, and took back his envelope. Like my dad would always preach - Earn it.

I know, this all sounds weird. Even after all of these words, I'm not sure if I can articulate it with accuracy. Maybe it's only relatable when you do lose a loved one. Maybe some of you know exactly what I'm trying to get across. I'm not sure. But this week really took a mental toll on me. And this Father's Day, of 2020 - outright belongs to my dad. I want no part of it. I couldn't take a part of it.

It's going to be a year of firsts that is inevitable. Labor Day is coming up. There is Thanksgiving. And of course Christmas. There are also so many other dates in between. I'm not sure what those days will bring to me. But Father's Day, today...I just couldn't allow myself to feel it.

Yet, Coach Baker was absolutely right. In that odd and special way - it's one of the best things I could have experienced in this process of living without him here - in this year of firsts.