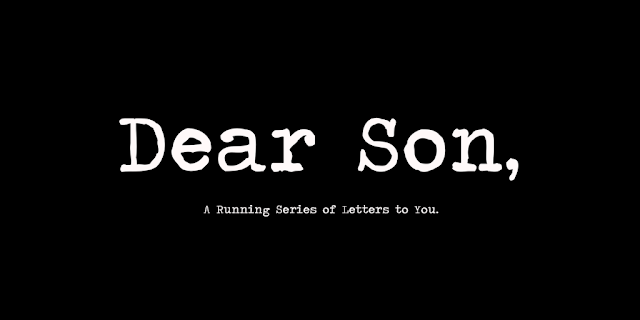 I didn't know I would have to pen this letter to you this early in your life. Maybe I was naive. Then again, maybe I was just hoping for something from our country it never has given to people who look like me - equality. Or even just a mere sense - just a sliver, maybe - of real progression towards it.

As the quarantine rages on - so far, three months of our society on pause - we also find ourselves in the middle of a generational movement for social change and equality. I'm not sure how your generation will view this time down the road, but I'm hoping it spurs a much better world you are reading this in.

It all started with the murder of George Floyd. His life snuffed out at the hands of four police officers, one in particular who knelt on his neck for eight minutes and forty-six seconds. Yes, son, they killed him.

But despite a movement and period of time where individuals are now educating themselves on privilege, questioning our oppressive social systems, acknowledging their personal privileges, and so much more, there are still defenders of the status quo, and of the many institutional embedded installments that keep the current structure in place.

And of course, there is THIS, where disgusting actions like hanging nooses for black people are still used as a form of intimidation and power. Sadly, we're not that far off from my parent's generation, and in many ways, not very far removed from those before them as well.

In fact, I now realize that many of those talks, teachings, and conversations handed down to me - the one had in every black and brown household, will one day make its way to you. The teachings of history beyond what you learn in the classroom. The urges to think politically and socially. The constant motivation to always think about how systems affect those it is aimed at, and who it is designed to benefit.

No matter how much I hoped and wished for a better outlook for your generation, the truth is, you too will be faced with this ongoing struggle of a nation wrapping it's racism and oppression in its stars and stripes.

Despite being bi-racial yourself, those other important discussions also are ahead:

It downright scares me that this is the world being handed to you, even as you near the two-year mark. But I don't have much evidence to go on that things will be different. I've seen too much in my lifetime. And your grandparents, they've experienced and endured even worse. And I just can't get passed the idea that this - this messy, unfair, cruel, harsh, devastating, beautiful, and very much worth it - world will be led by you and others.