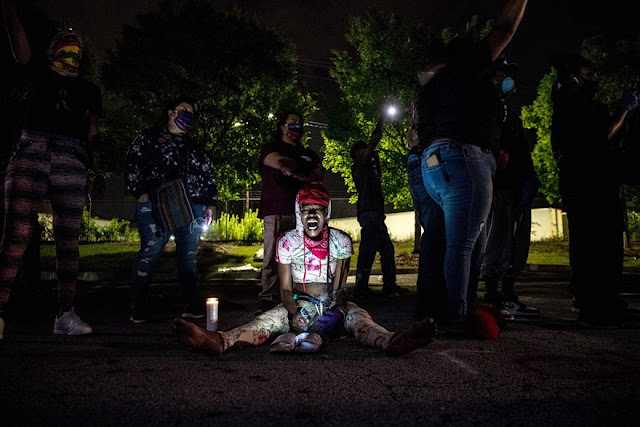 1. Happy Father's Day - Happy Father's Day to many of the strong and powerful men out there who do so much for the next generation. The world needs more of you, especially in today's climate, to raise responsible human beings and to help lead strong families with a strong conviction for what is right.

2. Dream Act - I was never in favor of dismantling DACA. All around, the removal of the act just seemed wrong on so many levels. If it didn't work (or you don't agree with the legislation), I understand not looking for repeatable initiatives in the future, but stripping it all for many who have made life decisions on it was just outright cruel. Especially, those who have never experienced life elsewhere. I'm happy it was held up.

3. Albert Pujols - Big Albert may not crush the way he used to anymore, but he continues to show the type of human being he is by paying the salaries of all the Angels staff who work in the Dominican Republic. Say what you want about the latter part of his career and the contract he signed with the Angels, but the dude puts that money to extremely good use. So charitable. It's hard NOT to like him.

1. Modern Day Hangings - The recent hangings of black men across the country are all too coincidental. I just don't buy the sudden "suicides" of black men by way of hanging from trees across the nation. Our climate is all too surreal, and to be honest, it's highly indicative of how embedded racism is in our country.

1A. Hanging Noose - This shit is infuriating. I don't think I've ever wanted a NASCAR driver to win as badly as I want Bubba Wallace to win.

2. #SpeakingOut - This was absolutely heartbreaking to read, but it was definitely necessary. The wrestling business saw many within it, mostly female workers, speak out this week of their stories of sexual abuse within the industry - some while they were minors (so crazy - smh). The stories were outright horrific, and have taken down the entire UK wrestling scene, and a few notable talents here in the states. I love wrestling, but it too needs to be completely turned on its head to shake much of a business is rooted in misogyny and racism. Check out the hashtag on Twitter if you dare.

3. Voter Suppression - The story out of Kentucky is absolutely infuriating. Cutting 3700 polling sites to just 200, with the majority of them leaving black communities with absurd ratios, is the height of voter suppression, and really, of a democracy that has failed in its basic concepts.

1. Juneteenth - Maybe it was me, but it was surreal to see Juneteenth really become a part of everyone's radar and awareness as a celebration. Many just learned about it and seeing it as a part of everything we do for other holidays is an ode to the progress made for acknowledging ALL history.

1. Undertaker Retirement - Speaking of wrestling...the Undertaker apparently has finally hung it up. Like for real this time. I'm not ready to believe it, but if it's true this time - what a hell of a run. In any entertainment business. That's a legendary run.