What to Me, is the Fourth of July? 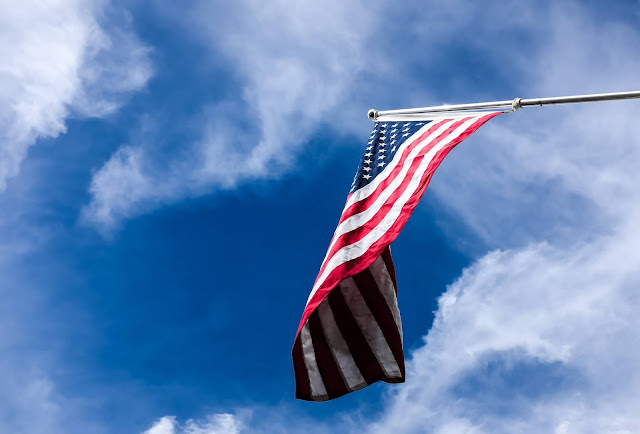 I know, I know. There are many you who are already judging me based on those two sentences - maybe one of you going as far as labeling me anti-patriotic or something similar along those lines - or whatever the description is for those among the depths of this hyper-politicized environment we find ourselves in.

Let me explain. I do love America. I do. And don't try to tell me I don't. It has given my family so much. My parents, two immigrants from poor families with the statistic prospectus of not much, came to America and were able to have children, purchase houses, live with options (And privileges), and found a place to gain citizenship and contribute to for the rest of their lives.

Me, an American born boy, appreciates that. My natural-born citizenship is a privilege in its own right. Just ask any immigrant, any visa-holding foreigner, or any individual from parts of this world who scrape and claw for things I easily turn switches for, not even thinking twice about the resource's origin.

However, America has also lied to me. She has given me an education that is not completely true. She has treated so many of its population unfairly and unjustly, all of which have been misaligned from the pillars it claims to withhold or represent. As many in these positions often learn very early, there are limitations to the freedoms and boundaries of anyone not white and male.

My parents endured ridicule. My father was called slurs. My mother was called even worse and treated as subhuman by those who make the laws and policies of this land.

Me, an American boy, despite that coveted naturalization, have had my own setbacks, experiences, hurdles, and understandings that have lead me to "know my place" in America.

And that's just a VERY small slice of my personal story.

There are stories of many others. The voices of those who have suffered dearly under that same flag. Including the voices of the dead who still haunt its colors.

There is the story of us, collectively - the United States of America. You know, the real history beyond the whitewashing and the red, white, and blue colored lenses. This is a country, built on slavery, with institutional policies and systemic operations in place to limit the advances of people with skin like mine. I'm not saying anything you don't already know.

The more you dive into what this country has been founded on, what it has been built on, what it continues to profit from, and what it fails - time and time again - to face, the more you understand that you, me - we! -  love the idea and the ideals of America more so than the country itself.

America in writing is beautiful. America in ideals is what still drives many. It can be great, despite the rhetoric of some politicians and followers who look to halt that pursuit, thinking we've gone far enough in that desire.

The flag represents this. A clash of the idea and the reality. I believe very much in Dr. King's words - the one's often never used because it doesn't paint the rosy narrative of those who probably would have opposed him in his day - there are two Americas.

There is no example more so for me than the sight of a neighborhood with multiple American flags hanging in unison. I get nervous in those areas. I do. I wear dark skin, and I easily know, how quickly patriotism can become "patriotism". If you get my drift...

Because that flag represents so much - it carries too much, and it has so many different meanings to different groups of people. I will gladly support, root for, and want success for our soldiers defending the country, our athletes in the Olympics, and various instances in which America's greatness is tested. Because I know that often, it consumes and confirms so much of what the idea of America could be.

This has always been the same for July 4th. I never felt that inspiration of 'Merica I see so many of my white friends and their families exude. July 4th has always just been a chapter of Summer - like Labor Day. July 4th has always felt like - well, I'm glad America exists, buuuuutttttttttt celebrating it doesn't seem of interest to me. Again, it's always been complicated because I've always wrestled with the history of America - after all, who in fact was "independent" when the country started? In many ways, who is truly free and independent? And I've always carried what America has done to me, people like me, and the everyday policies and institutions it holds up against said, people like me.

Cause you know, 'Merica.

The same goes for when the country was "founded". I say that extremely loosely, as Christopher Columbus may be the biggest sham held up within Americana. My parents, much of my current family in the Caribbean, and many young people in the Caribbean still learn of Colombus in school as the villain he was, as someone who leads genocide on the Indians throughout the islands with murder, rape, and various forms of inhumane tactics.

And we haven't even jumped into the perspective of America's Indigenous community.

I honestly have no idea how anyone who knows the history of Columbus can vouch for such a man. It's a bunch of bullshit, and I would challenge anyone to make a case for him and the stock of recognition this country has placed in him. Columbus Day is not a day I observe. Not then. Not ever.

But again, Columbus' reverence in "Americana" simply adds to the complexity of it all - for me at least. But 2020 gave me just a bit of clarity - go figure.

I've never heard of or have read Frederick Douglass' speech, "The Meaning of July Fourth for the Negro". I've read a few of Douglass' speeches and snippets of his work over the years by the force of a few life-changing history teachers and my mom, who was also big on Douglass. But admittedly, I never really appreciated his work for more than the "assignment" it was. I read this speech for the first time in my life today, and it spoke to me on this very day - July 4th. A day I've always struggled with. It validated so much of my feelings on America and this holiday.


What, to the American slave, is your 4th of July? I answer; a day that reveals to him, more than all other days in the year, the gross injustice and cruelty to which he is the constant victim. To him, your celebration is a sham; your boasted liberty, an unholy license; your national greatness, swelling vanity; your sounds of rejoicing are empty and heartless; your denunciation of tyrants, brass fronted impudence; your shouts of liberty and equality, hollow mockery; your prayers and hymns, your sermons and thanksgivings, with all your religious parade and solemnity, are, to Him, mere bombast, fraud, deception, impiety, and hypocrisy -- a thin veil to cover up crimes which would disgrace a nation of savages. There is not a nation on the earth guilty of practices more shocking and bloody than are the people of the United States, at this very hour.

Moving forward, July 4th seems like it will move further and further away from ever meaning much to me - even as an American. And I hope you understand that - or just a mere piece of where I and many others are coming from. Because quite frankly, it does feel like a day of celebration for a select few, the way it did back in 1776. I do understand it's historical significance, and I'm not looking to cancel it. Honestly, I don't know what the solution is here - maybe one day, a new day where EVERYONE is truly equal, and we can celebrate that day together. One can only hope.

Quite frankly, the fracture that was July 4th, 1776, still exists today, and whether or not some attempt to force their version of patriotism onto others, or shame them into not exuding what they believe is the "only" form of patriotism, Douglass was absolutely right. This holiday is not for us, and unfortunately, it never will be.