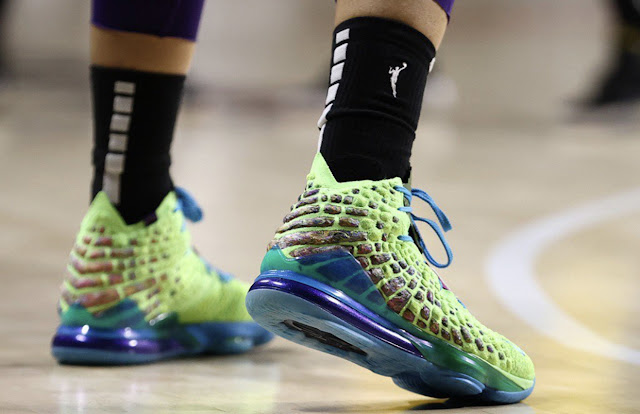 It's been a while since I've done one of these (actually, it's been two years, but who is counting), but as you can tell, the last two years of my life haven't allowed such enjoyable, free-and-easy columns such as these ones.

As sports ultimately find themselves once again engrained in our society, trying its best to shake the "new normal" or whatever it is we shall call this COVID era of sports, it seems the creativity and the expression of athletes have been on point. And of course, I've noticed.

With that said, I'm dropping a few lines here on some of my (random) favorite kicks being worn on the surface of play during this time.

Nurkic is wearing this custom Zoom Witness again. Features “Bosnjak” and “Hadzomoj,” tying back to his Bosnian roots. https://t.co/XrNwADOUM2 pic.twitter.com/6fL8mluhiA

I love custom kicks, especially when the colorway of an already design is used to represent the message the athlete is trying to get across. Jusuf Nurkic's repping his Bosnian roots is pretty cool here - the messaging and the mix of bright colors also make these super attractive. 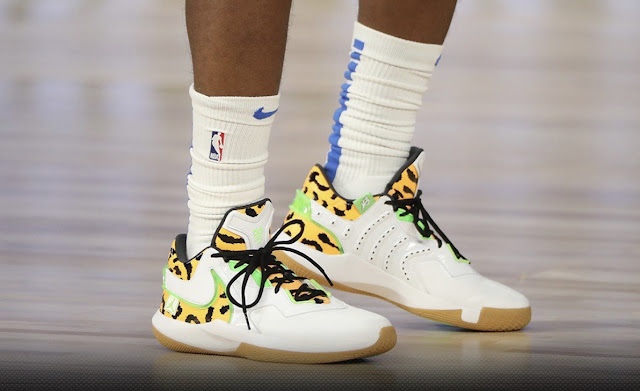 Chris Paul's new CP3 XIII is pretty sweet. The low top look is one that seems functional and fashionable. 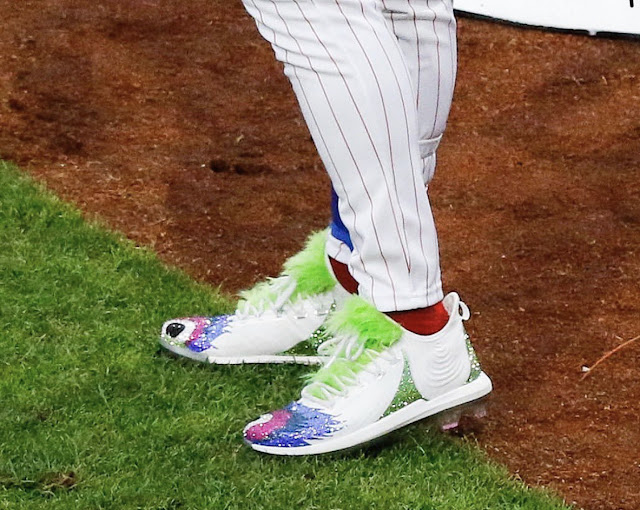 Call me crazy, but I always think Under Armour and Bryce Harper do a phenomenal job of offering colorways, specialty designs, and flat out, just off-the-wall looks. This is definitely one of the latter. I wouldn't wear it...at all. But you know, what? It's pretty fresh, and the fur from the Philly Fanatic is a nice touch that makes it pretty dope. 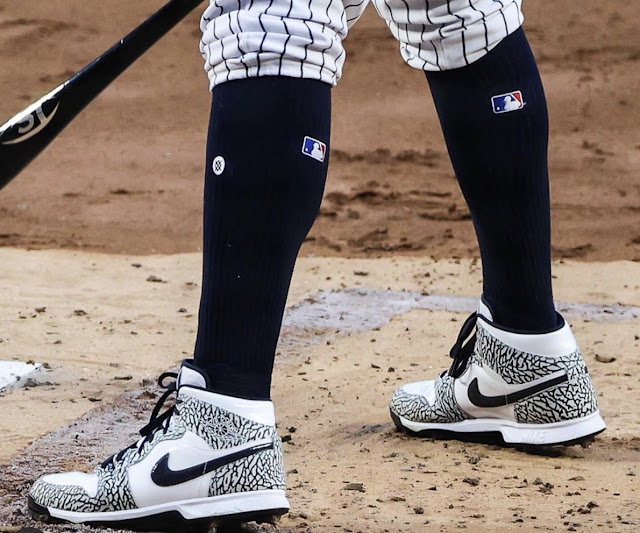 Aaron Hicks brings the goods. Especially since joining Team Jordan (CC Sabathia is hooking all his boys up!) Nonetheless, these Jordan 1s are absolute fire. 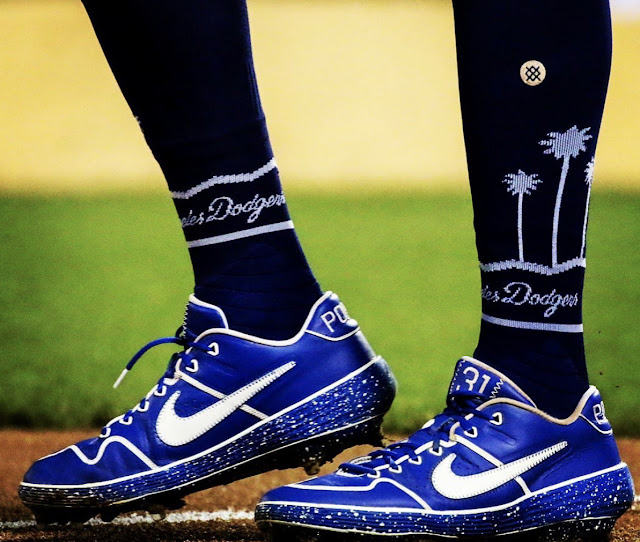 It's a simple look, but Bellinger's all-electric blue low tops are so LA. The socks are a nice touch as well. 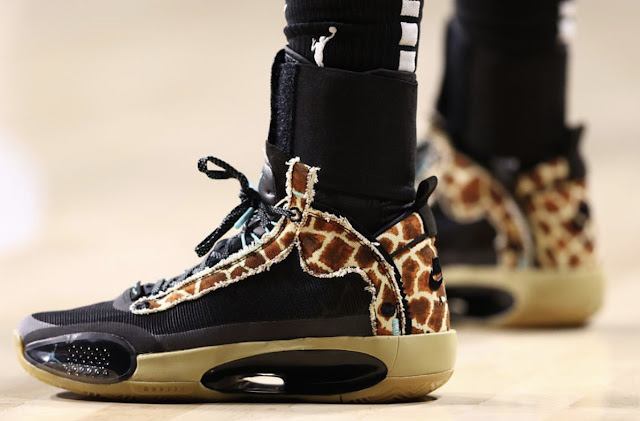 The New York Liberty's, Kia Nurse busted out a new edition of the Jordan 34's. The Giraffe pattern is certainly unique, yet, really cool. 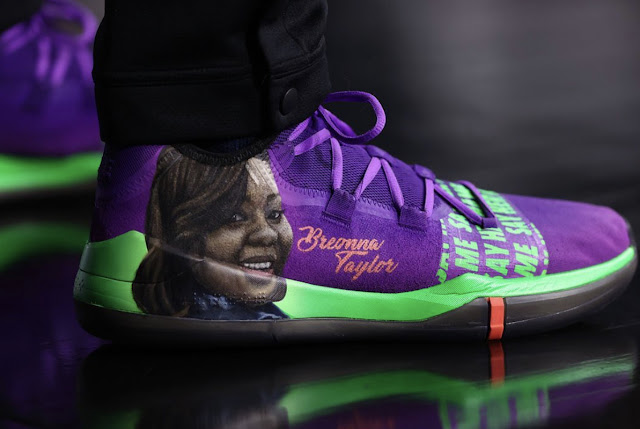 Of course, there have been tons of social statements on sneakers, these by the Indiana Fever's Candice Dupree rocking the Kobe 5's PROTROs with the custom air art are the best I've seen. Such clarity and simplicity. 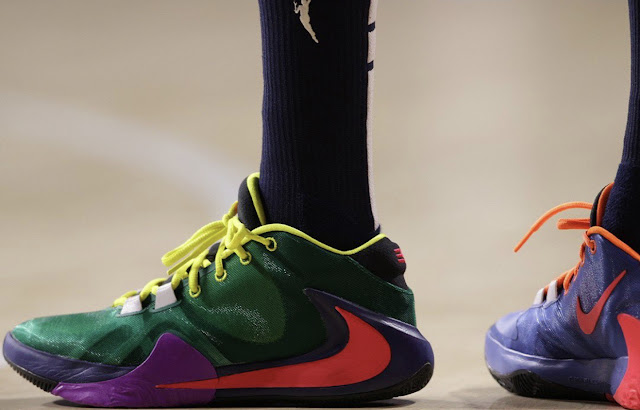 The Nike Zoom Freak 1s aka Giannis' new signature shoe, have been everywhere on a basketball court this year. Not only are they super comfortable, but the show allows so much creativity for colors - for any team, for any player. This pair from Dewanna Bonner of the Connecticut Sun is one of the coolest I've seen yet. Love the randomness of colors. 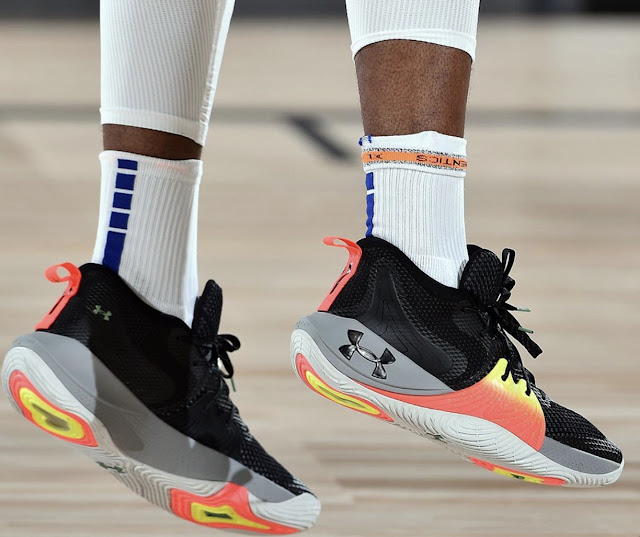 Under Armour did Joel Embiid's signature show a HUGE disservice with this design. Looks wayyyyy too much like a pair of Kyrie Irvings, and overall, are too generic. The colorway doesn't even represent the Sixers (???) - what exactly screams Joel Embiid about these?? 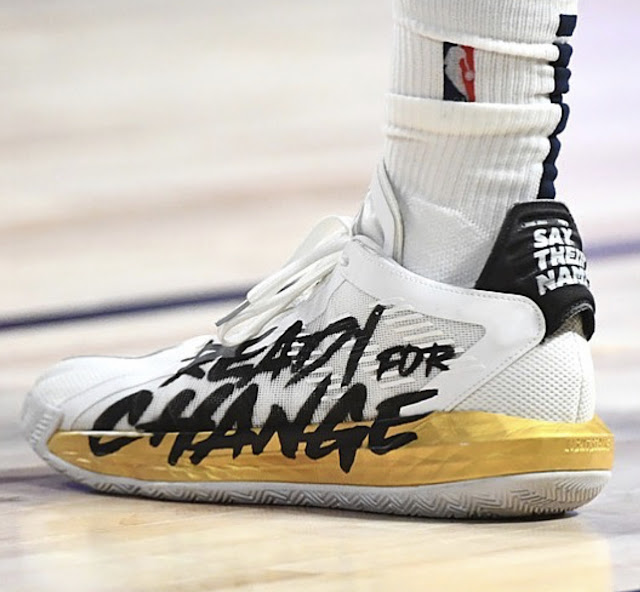 And finally, Damian Lillard's line under Adidas has been phenomenal. His social justice driven custom shoes are simple but effective.