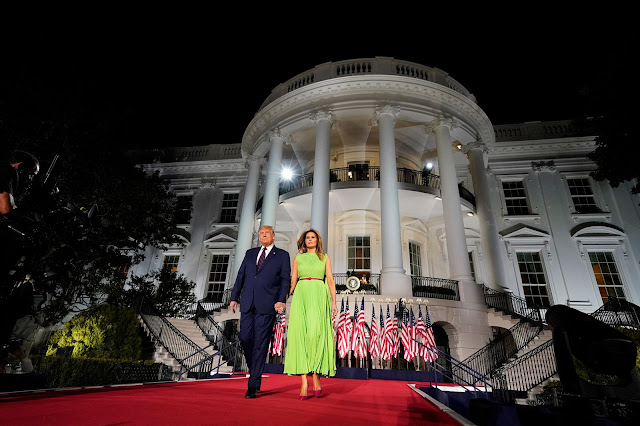 In 2016, I voted for Hillary Clinton. I left the voting site, your typical New York City elementary school, hopped on my bike and rode back home. For the entire trip back to my apartment, an uneasiness parked itself in my stomach. I knew I didn't feel comfortable with my vote. I voted out of fear of what could happen.

And that possibility did. Donal Trump became the 45th President of the United States.

I didn't HATE the eventual President Trump or have an overwhelming resentment for him going into the election. I simply believed that Donald Trump, unable to handle matters of social issues and justice, in a moment in history when equality and social justice awareness was indeed on the rise, would set this country back. But then again, maybe that was the plan? MAGA, right?

Nonetheless, almost four years later and here we are - tattered, torn, divided, and without any kind of real leadership. Again, just my thoughts...we've all wasted a year of our lives due to the Coronavirus, our economy and the job market is in the tank, the country is tremendously divided, our education system is a disaster, and ultimately, as objective as I look at the last four years - we're in far worst shape than when we were back in 2016. There isn't much equity for Trump to even give him the benefit of the doubt from the effects of the Coronavirus. Just pull up any of his press briefings from March 2020  to July 2020.

Unfortunately, I find 2020 to be the 2016 Presidential Election - part II. As open as I just was regarding my thoughts on the current President, I'm no big fan or supporter of Joe Biden.

Marred in policy that has done some disastrous setbacks for people of color, Joe Biden is not a saint by any stretch of the imagination. And no, his vice presidency under President Obama doesn't do move the needle for me. The country needs to move forward, not a nostalgic act.

However, my thought process on this election shifted when a friend of mine, who shares similar thoughts on the election, had the following question:

What does Joe Biden have to do for you to NOT give you his vote? How bad, how egregious, does it have to be?

I was stunned. I paused. I reflected. Thought of some crazy stuff, something so impossible. What if he cheated on his wife?! - Nahhhhhh. It would have to be some treason-espionage-working with another country type of scandal. And even that I wasn't too sure of, because, well, we've been there.

And then that's when it hit me - I probably will have that same feeling again in November. Voting out of fear of Trump for four more years rather than effectively believing in Biden. As much as I don't want to just give away my vote - especially to a Democratic party who believes they have a right to the black vote - I don't see any other option. Trump? Definitely not. He hasn't earned it - at all, and there is nothing he can do now to earn my vote. He's pretty much my beloved Knicks in every early March of the NBA season - eliminated from playoff contention.

Nonetheless, we're stuck with the whitest, oldest, Presidential race ever. And that is among a history of white old Presidents - sans, you Barack. But I have to choose, unenthusiastically, like 2016.

Because this election is the best example of the analogy that voting is like taking a bus - it might not be going exactly to your destination, but you hop on the one that gets you closest to it and figure out your next move then.

And this was exactly the lens in which I watched the Democratic National Convention and Republican National Convention. Because after all, both parties and both sides of this election are so incredibly far apart, it leaves moderates and independents like me on hanging - shaky at best - pillars for voting a specific way.

We heard what we expected from the left. And we heard a rehashed collective from the current president.

All you have to do is look at the closing moments of both conventions to see just a hint of the stark difference - one side displaying a white man and a woman of color holding hands in triumph with facial expressions that were guarded by the masks they adorned to signify everything that has been 2020. And the other, with both President and Vice President standing atop a stage with unwavering confidence before thousands of supporters on the White House grounds as if everything that happened in 2020 is a thing of the distant past. The only thing of common ground was both sides' love for fireworks and exploding pyro in the background.

I gained absolutely nothing out of either side over the past two weeks, because the conventions lacked agendas, and were filled with insults, lies, and putdowns hurled across the aisle. After almost eight days of watching awkward public speakers and lazy pandering with poor attempts at pathos, I'm left again with that question:

What does Biden have to do to lose my vote? And I truly despise it.

I'm really, really looking forward to the debates - if not anything because I'm a debate nerd - but because I truly believe they will be a true test of character, truth, and integrity for the viability of the Presidency. 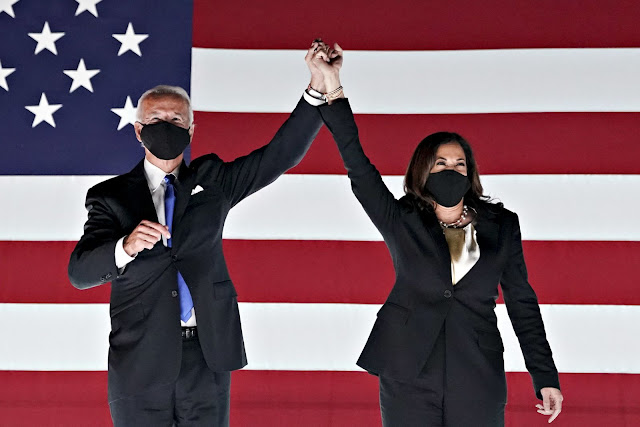 Here are a few quick thoughts on the conventions:

- With both sides forced to go virtual (and with taped speeches), it really illuminated the talent of some of politics best speakers, and well, those who think they are good speakers. Looking at you Kimberly Guilfoyle - the best is yet to come!! Wow, that was rough.

And yes, I too was totally thinking Donald Trump Jr. was "on-something" during his speech. I'm not sure you can convince me otherwise. Because that too was rough, but also awkward.

- Michelle Obama's closing remarks utilizing "it is what it is" is the type of oratory mastering that runs between her and her husband. It landed like a dis track in a rap battle - it was that good.

- I do worry about Biden's ability beyond a controlled environment. His speech was what it needed to be - caring, thoughtful, compassionate - basically you know, everything that Trump oratory adventures aren't. But I hate to say it, I'm a little questionable of him beyond the teleprompter. He'll have his chance to prove us all wrong.

- The Dems video package of the delegates from across the country was super well done.

- Ivanka Trump is by far the best speaker of the Trump brigade - and there were over fifty of them speaking. Just kidding - but seriously, let's get some job references outside of your family?

Ivanka is able to use empathy effectively and can humanize her father more than any other Trump speaker, and ultimately appears less threatening than her brothers who are always too fired up in attacking "the radical left". Some of her facts were a bit off, but she did a great job.

- Melania Trump was also very, very good. It was rather refreshing to have someone stop and acknowledge COVID and the deaths that have piled up over the past few months.

- That sneaky tactic by Elizabeth Warren using "B", "L", and "M" blocks on the shelving behind her...Tsk. Tsk. I secretly thought it was awesome.

- Nikki Haley was so disappointing.

- Who the heck invited Mike Bloomberg?

- Having the St. Louis gun meme couple was an absolute disaster. So cringeworthy watching them spin their moment into one of "Americana".

- Trump's speech was too long. Also, it also reads (when looking at the transcript) as someone simply slinging accusations at the school lunch table. Biden hates puppies! Biden will kill your puppies! And yes, Biden wants to take your guns and destroy suburbs!

The live venue for the RNC finale was a different touch from the overabundance of virtual-ness we consumed for the past two weeks (and really, all year), but it just came off as a president who is tone-deaf to the time and the moment. The fireworks are dreamy, but he just gave the Dems a page in that eventual debate binder to hammer him with when the Coronavirus topic takes center stage.

Then again, we already know his (stock) answer: I closed the borders, this will magically disappear, a vaccine is coming...wash, rinse, repeat.

Bring on the debates!