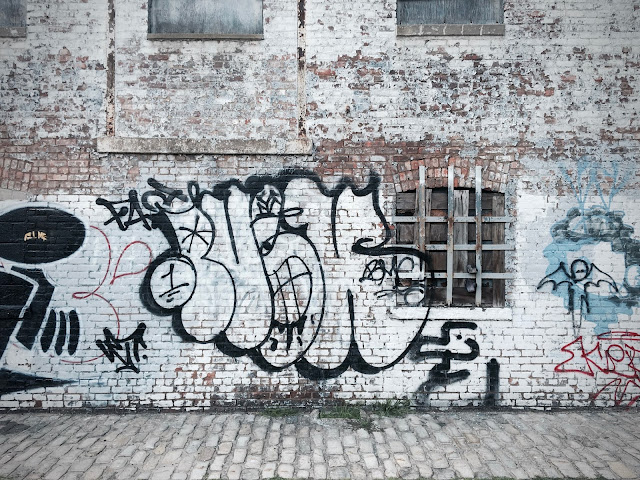 I sat there easily maneuvering the car on Route 3 as we moved fresh out of the Holland Tunnell. The transition from New York to New Jersey out of the tunnel was lost as I listened to untold stories of my father via my mother who sat in the passenger seat.

Recently my mom has been diving into her vault, releasing much about my father that I never knew. For so long, I always thought there was plenty that my parents never knew about me - what I've seen, heard, experienced - you know, for their benefit. Very rarely - if ever - did I think that there was another side of that two-way mirror.

"Dad always believed in this step [owning a home]. You don't know this, but he used to lend people money, many times, to help with their down payments."

Of course, now I was super engaged - I wanted it all on this one.

She went on to tell me the details of my dad giving other close friends and family, who had similar stories of immigrating here to the United States, funds to "move up", or really, socio-economically navigate this United States hierarchy.

"Dev, you have no idea how proud of you he would be."

I sat on that comment for a bit, and suddenly, we pulled into the driveway of my new home...in Wayne, New Jersey.

Anyone who grew up in Brooklyn understands the odd dynamic it intrinsically builds in you. Toughness. Grit. Culture. Boldness. Hustle.

And for those individuals, the many like me, who grew up a son to two immigrants and living below the poverty line, Brooklyn represents a battleground. As goes the old saying about New York City, if you can make it here, you can make it anywhere. And that is the truth.

Brooklyn also represents a place for the few. I'm not talking about transplanted individuals, gentrifiers, or your social media pretenders, but those who are Brooklyn. Those who get all of it - all of the characteristics - of what makes Brooklyn so special.

Yet, at the same time, that dynamic-ness provides a deep understanding that at some point, in some chapter, your moment will come where Brooklyn lets YOU go, because you're fully bloomed, and she's done all she could for you.

And yes, a world far less cheap to exist in.

But you also realize an emphasis of that specialness. That there is no place like it.

I've experienced so many friends and family depart dear Brooklyn over my lifetime. If not by choice, by violence or bad decision. If not by flourishing endeavors, but by death.

For so long, I stayed, wanting to make Brooklyn my forever girl. But like the many before me, the many I know, and the many still awaiting their fate - my time was up.

It's a VERY quiet version of the suburbs, but not too far from civilization - as I like to put it.

And really, just a mere 20+ miles from NYC...and Brooklyn.

Much of my home life has changed, of course. I now enjoy quiet for most of the day. I stare at deer like a rare form of extraterrestrial life. I play with my son in our driveway and run around in the basement when it's cold. And of course, I enjoy the sunset over the hills of our backyard. Yeah, it's not too shabby.

But as you can imagine, it is a long way from Subway rides. From people-watching. From the emergency sirens that my son has come to easily recognize. And from staring at the Freedom Tower from my once kitchen apartment.

And yes, I miss the restaurants. Oh, how I miss the food in New York City already.

For me, those are obvious. I find myself continuing to return to what this truly is - exactly what my father knew it to be - a jump in socio-economical standing.

Many people may not ever fully grasp this coming statement - I'm a black kid, born into poverty to two immigrants with no higher than high school education, and here I am - homeowner. It's still pretty wild to me.

And again, while the focus is on the amenities, my biggest reasoning heading West across the Hudson was this - my son.

Wayne, NJ is a really good school district. Not just locally, but nationally. That is how generational wealth continues, and I surely want to do my part in making sure my parent's efforts to launch me aren't wasted. And to make sure that my son, too, has every opportunity and access available to him that was difficult for me.

I understand many don't have to think that way - and to many, it's just a new home. Count your blessings and privilege that you've never had to think this way. But this - THIS - is so much more.

Every time I drive out of the Lincoln or Holland Tunnel into Manhattan it feels special. That feeling grows even more so once I cross the Manhattan Bridge into Brooklyn. A former colleague of mine, who also was born and raised in Brooklyn and now lives above the City, refers to Brooklyn as the "motherland" when he speaks of it.

I like that. I've adopted it. Because it is holy ground.

But no, I'm not done. For me, this new chapter is the best of both worlds for me. Easy access to the City, with the homeownership situation the City would never have given me.

In many ways, you can say, I just don't sleep in Brooklyn, anymore.

But she knew. It was time. And when you love something, sometimes, you have to let it go.