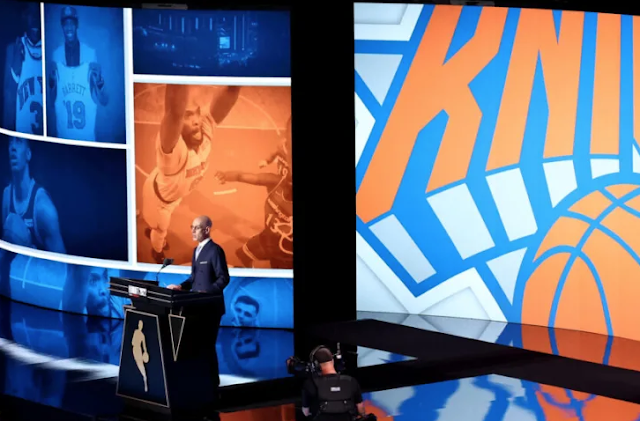 Well, the New York Knicks certainly do not disappoint in whatever they do in this stretch of anxiety-ridden mediocrity for the fanbase.

I had hope going into this season. That was eventually snuffed out with that horrid stretch in March. Then for some reason, I felt like maybe - just maybe - things would break for us in the Lottery. And for a brief second on draft night, especially once you could connect (in your hopelessly, imaginative mind) the pieces from the reports of all the reputable journalists, that maybe - again, just maybe! - we were going to get Jaden Ivy.

With all of that said, I'm still here, and I'm still longing for that moment when NBA Champions and New York Knicks will be in the same sentence. Until then, I'm here continuing to vent through these words on this site.

Here are five really quick thoughts from the NBA Draft, most notably from a Knicks fan.

I know. I know. I'm also the guy that is no longer a fan of "tanking" seasons as part of the rebuild. However, I do think what Leon Rose and Co. pulled off on draft night wasn't exactly a failure. Uninspiring? Yes. Unsexy? Absolutely. However, the organization is now LOADED with draft picks and does have some cap space (that dreaded concept) again for flexibility, or to pull that trigger for when an opportunity arises (Donovan Mitchell? Zion Williamson?).

It's easy to get lured in by the media who loves them some "Knicks for Clicks" content (more on that in a bit), but the continued move of shedding some salary, allowing more opportunity for RJ Barrett and the young core to get some run, and maybe adding a serviceable point guard isn't unreasonable.

It's just not making splashy headlines NBA fans like to grade off-season progress on.

It's not like the Knicks didn't attempt to trade up to four or five to acquire Ivey. However, as mentioned by Alan Hahn, there just wasn't a deal to be had. Nothing on our roster is as attractive as we Knick fans think they are. That's not just sobering and humbling, but it definitely is an ode to continue building and developing.

Translation: we're not there yet.

And even I can admit - damn, that hurts to accept. Especially when we adore some current homegrown and studs found in recent drafts.

WHERE ARE WE GOING?

So this is where I do have some issues. Leon and Co. (their unofficial name here at the DP) attached picks in order to clean up the mess they created just last year in signing Kemba Walker. Again, no one panned the move last year and it was overwhelmingly considered worth the risk (myself included). At times, parts of the fanbase were not happy with the benching of Walker and felt he had more to give in-season (not me).

And with reports of us looking to move Alec Burks, Taj Gibson, Nerlens Noel, and others who just two years ago were considered quality role pieces in sustaining what was a trending upward direction, we're now looking to move them?

The other mind-boggling concept? The focus is on acquiring Jalen Brunson when we have yet to allow Immanuel Quickley to develop, along with the thought of Derrick Rose's return.

I honestly couldn't tell you - and neither can any Knicks fan - what the clear direction is here other than roster flexibility. 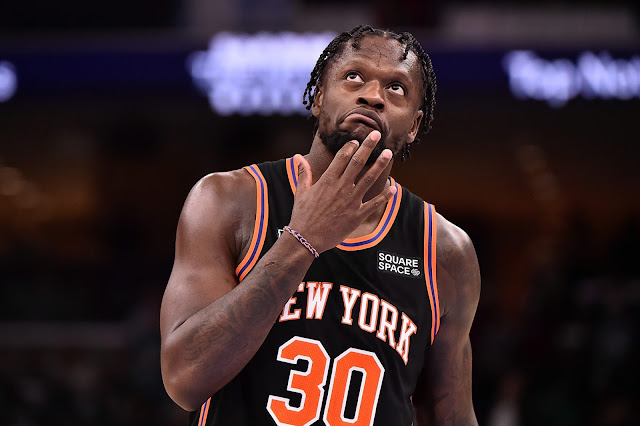 I did not (and do not) believe that Julius Randle would be traded this season. I very much always believed the Knicks would roll the dice on seeing if they can get back the 2nd NBA-All-Team version of Ju. I hate to say it, but I have been in this camp as well. Randle isn't as bad as he was last year - he just can't be. And if he is, that 2020-21 season is going to be one of the rarest performances in sports.

With that said, I do believe the keys are RJ's to drive the bus. It needs to be.

I was not a fan of the NBA Draft coverage by ESPN. As a Knicks fan, the continued narrative of attempting to be funny towards the Knicks fan base and history has grown old, and in some ways annoying. Especially, since there were some high-level discussions that could have been had. But you know...it is what it is.

I kind of miss high-level sports discussion on mainstream entities, but it seems we only get that from the podcast sphere these days.