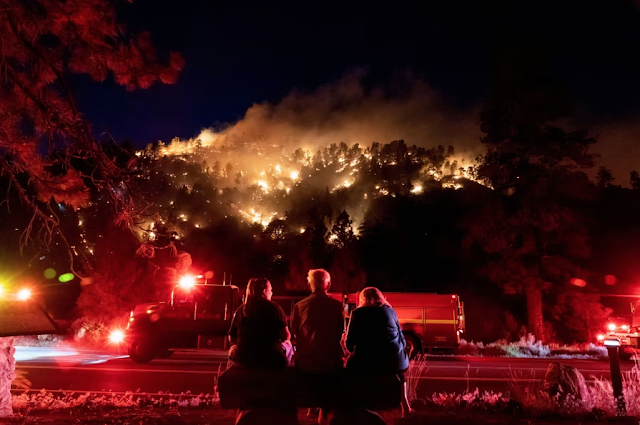 1. Father's Day and Juneteenth - A combined weekend of all-sort of celebrations, reflections, and appreciation. Sending gratitude and good vibes to all fathers, substitute fathers, step-in fathers, mentors, and figures who have helped shape the lives of many.

Also, take some time to reflect and think through the reflective day that is Juneteenth - new to so many - of the horrific start to our country's existence, and the freedom that came after a century of captivity.

2. Ashley Adirika - This is a dope story. It's the kind of story that is amazing and quite frankly, inspirational. Adirika, a Florida teen, graduates high school with offers from all Ivy schools and many more top institutions in the country. If that wasn't enough, Ashley also started her own non-profit organization to help mentorship for young women.

3. Steph Curry - My dude was cooking! Steph continues to be one of my favorite athletes, and such a joy to watch. I was there for all of the pettiness once the Warriors reached the pinnacle. I love that stuff...quite frankly, I'm a receipts kept-kind-of-guy.

1. Selling of Juneteenth-Themed Products - I get capitalism - I'm not getting into this topic here. But MUST we attempt to capitalize on EVERY holiday, furthering it into something fabricated around commercialism rather than its true meaning? Christmas, Easter, and others raise their hand here.

Juneteenth-themed ice cream? Just tell us all you don't have representation in your decision-making spaces.

2. Election Fraud Claims - The January 6th hearings continue to be such an interesting occurrence to dissect. What has been so awakening is the proof that former President, Donald Trump, was aware that he lost, and still pushed the big lie. In fact, he raised over $250M from it.

3. Extreme Weather - From droughts out west to flooding at Yellowstone, and crazy fires throughout - we continue to see these odd weather tendencies, which have fallen on the list of trending things our news feeds.

1. January 6th Hearings - Some crazy stuff coming out of these hearings. Of course, some even crazier defenses of the day. Are we really pretending that "it was no big deal"?

2. Herschel Walker Candidacy - I am utterly flabbergasted how Walker has risen as a candidate in Georgia for a senate seat. Like, actually flabbergasted.

3. Biden Falls off Bike - Let's be real, who doesn't like a good video of someone falling off a bike (safely and not being seriously hurt, of course). The Biden clip is funny and meme worthy. However, let's take it easy on pushing it further than just that, a dude falling off his bike. Gotta love FOX News tying gas prices and Ukraine to Biden falling off his bike. SMH.

1. John Cena - Cena just surpassed 650 wishes for the Make-a-Wish foundation. No one is even in the 200 + sphere. Cena deserves all the credit and all the flowers for his efforts in continuing to fit these into his busy schedule. Commitment. Integrity.

Residents watch part of the Sheep Fire burn through a forest on a hillside near their homes in Wrightwood, California, on June 11, 2022.