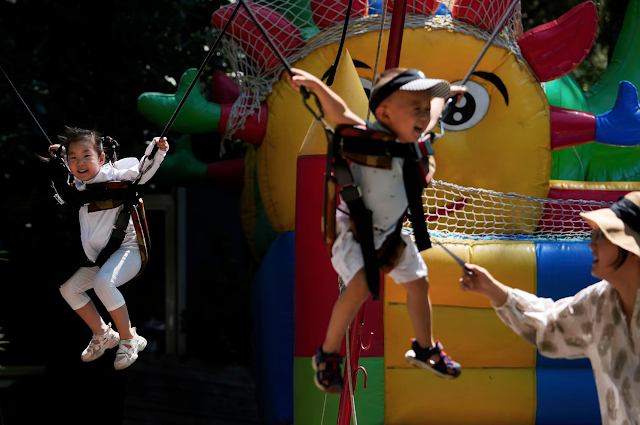 1. Hero Mom, Angeli Rose Gomez - As more and more is revealed from the heartbreaking occurrence that was the mass shooting in Uvalde, Texas, the story of the mother, Angeli Gomez, who drove forty minutes, rushed to the school's entrance, was handcuffed by police on-site (smh), then released, barged into the school while the shooting was still active, and rescued her children, is nothing short of phenomenal.

Obviously, there is so much more to say on the matter, but I'm just giving the "Up" in the narrowed focus of her being a hero mom.

2. Harini Logan - Every. Single. Year. I'm just so amazed by those who participate in the Scripps National Spelling Bee. Kudos to Logan who walked away with the 2022 crown. Also, check out the words Logan spelled to win! Holy-need-a-spell-check!

3. Cody Rhodes - Giving the son, of the son, of a plumber (only pro wrestling fans would get that joke, sorry) his due here. Rhodes wrestled tonight with a torn pectoral muscle that just looked awful and painful. Yet, managed to deliver a super entertaining match that literally puts in forever-lore. Sooooooooo much guts shown here by the new high-priced acquisition for the WWE.

1. Mass Shootings - So we had a few more this week...We're really a sick society.

2. Brazil Mudslides - Brazil is undergoing some awful weather recently with a major storm bringing about severe mudslides. The result has been hundreds of deaths, many more missing, and a host of other infrastructure issues throughout the country. Keep Brazil in your prayers.

3. Ohio Sports Bill - As someone who works in college athletics, I won't sit here and punch keys without acknowledging that the issue of transgendered individuals in competitive sports is a dicey and delicate one. It's nearly as simple and easy to dissect as everyone wants it to be, or believes it to be. Especially with equality at the forefront.

However, the Ohio bill regarding transgendered athletes in high school sports that allows invasive and various measures that tilts sports into further inequities and discouragement of participation is absurd. Not the right way to go, and in many ways, unnecessary. I feel more for so many young girls who will be victimized for their interest in sports going forward.

Platinum Jubilee Festivities - I don't get the fascination with "Royals". I really, really, don't. But hey, it was cool to see Prince Harry and Meghan Markle make a very pro-wrestling-like appearance at the festivities. Other than that...I just don't get it. Probably never will.

Children play at an amusement park on International Children's Day in Beijing, China, on June 1, 2022.