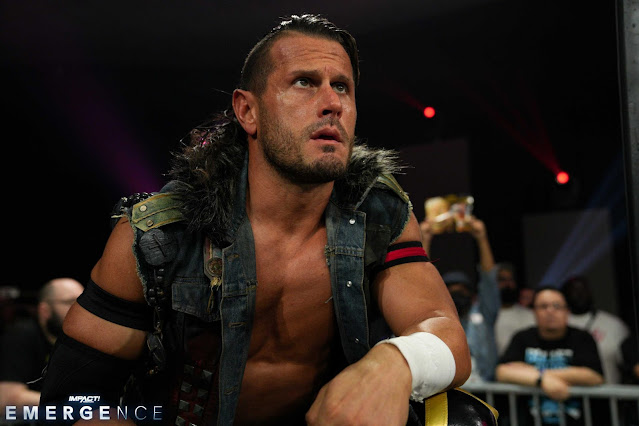 It probably won't come as a shock to anyone who follows this blog that I will say the following statement: Impact Wrestling may just be the most consistently entertaining and fresh - very important adjective here! - wrestling product that I've engaged with over the past two years. It's just always there, as solid as it can be. No real highs, or lows that push me away as a fan - just good, consistent, thorough, solid pro wrestling enjoyment.
Now, make no mistake about it, over the past summer, I found myself a whopping thirteen weeks behind this solid product in favor of the still new (and intriguing) AEW product and my on-again-off-again hope in the WWE due to nostalgia. However, trusty-work-from-home days have allowed me to binge watch (and work, of course) and it certainly opened my eyes to a new experience when it came to wrestling. Removal from the episodic style habit, and the feel of episodes bridging together seamlessly.
Also, remove from the internet culture of weekly criticism and just allowing yourself to see the storylines progress and play out. Imagine that?
Regardless, it's all led me here to Emergence where I've joined the rest of the world in a timely engagement of Impact Wrestling. And again, Impact delivered.
Here are a few quick notes of Emergence (and possibly some random banter from my binge experience):
- Impact really has made the best out of mastering the small area/studio habitat for its shows and bigger events. While I do miss those days of TNA expanding (especially the turn-of-the-year European tour and those insane crowds) the product really has settled in within this kind of environment for television, and from some trusty reviews around the internet, this has been the case for the live in-person experience.
The set is always the same. The ring will change its appeal. The graphics will change. But like the solid talk, Impact has found a lane it does well, and remains there. Can't blame them.
- When it was first announced, I couldn't help but laugh at those who scoffed at the title that is the Digital Media Championship. Some wanted a "television" championship (outdated AF) and pitched other forms of rehashed formulaic championships. Credit to Impact for continuing to be innovative in the space as their history has proven, while also staying the course on the new belt.
Dare I say, Impact is probably the only company right now where the championships are clearly defined in purpose and rank. Just my opinion...
- Mike Bailey has grown on me over time. I was a little skeptical of him based on appearance and lack of charisma/personality, but his in-ring abilities have closed that gap for me. I still would like to see more from him as I sometimes feel this just feeds old tropes and stigmas for the X-Division.
Nonetheless, this match was absolutely awesome. Classic X-Division greatness to open the show. Jack Evans continues to be the kind of guy companies rely on for these matches, but we never get more. With that said, I would love to see more. By more, I mean something beyond just the long-haired dare devil in the X-Division.
- By the way, Impact continues to be this awesome product of rehabbing, rehashing, resetting, and/or resurrecting careers and characters. Scott D'Amore and Co. deserve so much props. 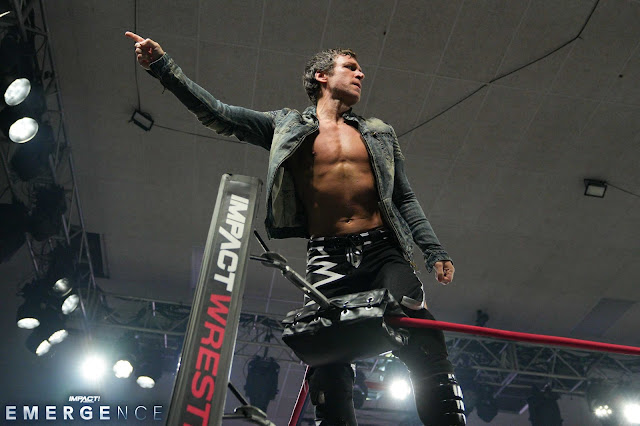 - Chris Sabin has silently etched his way into an all-time TNA/Impact great, hasn't he? While his overall impact (pun intended) isn't among some of the names we can rattle off immediately when we tink about the greats, there has to be some serious credit given for longevity and various eras engaged in. Sabin is literally still crushing it, and probably is better than he's ever been. Hall of Famer, for sure. Maybe, a Top 15 Impact wrestler of All-Time? Yeah?
Ditto on Eric Young. Obviously.
I would like to see one more member of VBD. I like the direction of the group, and the constant purpose of it surrounding Young.
- I'll take Bandido and Horus again, please?!!! Like seriously, everything about this "special attraction" match was damn good. I'm not even sure how else to describe this match - please go watch it.
- I liked the story of Steve Maclin and Sami Callihan continuing their fight all over the building into this next segment. It's a nice little break from the usual and added another layer to their story as rivals. Truthfully, this feud has been absolutely great for Maclin's persona and overall presence within Impact. Callihan just does that and continues to be one of the most underrated pieces within the company, and probably in pro wrestling, overall.
And hey, Chicago always loves a good brawl.
- I've gone back and forth regarding Honor No More. Personally, I think the group lost a lot of momentum and intrigue from the reality of ROH being purchased by AEW. I know it's not their fault, but what once felt like a "hey, what are they doing here???!!!, suddenly started to feel like a, "umm, so what ARE they doing here?". The vibe just changed and the crew felt less threatening and more like a group with its wheels spinning.
The Bullet Club feud helped push them in a direction away from being ROH castoffs into heels being a thorn in the side of Scott D'Amore and company. I'm not fully bought in yet, but I'm willing to give it some more time.
I saw PCO once in ROH and thought the persona was low budget. I'm admitting I was wrong. I'm a fan of the whole not-human, loveable Frankenstein led by the heels. He's been great. Again, credit D'Amore and Co. for placing this roster in a position of strength.
As for Bullet Club, I'm not sure I can really get behind whatever version this is. I'm tapping out on the gimmick - it's been too long, man. Just. Too. Long.
- I'm always amazed at Jordynne Grace. Kudos to D'Amore for scouting and giving her the platform to really develop, because in every match on a stage like this, especially when given an opponent she can create something special with, she's done it. This match between Grace and Mia Kim was fun and once again added to the continued lore of the Knockouts division.
I'm very intrigued that they're going with Masha Slamovich focusing on Grace. Should be interesting. 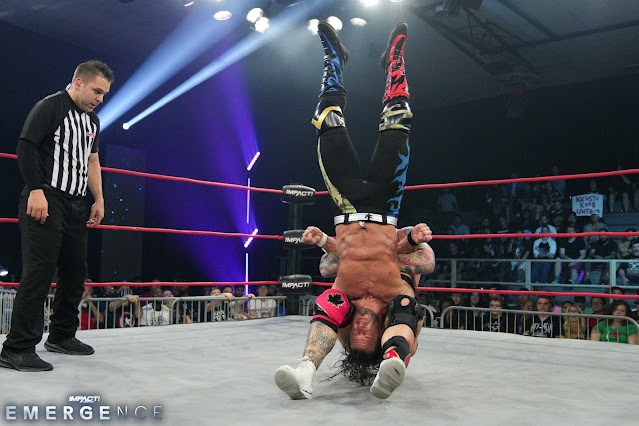 - Everything I said about Chris Sabin can be copied and pasted for Alex Shelley. I think Sabin gets the nod due to availability, but Shelley's impact (there's that lazy pun again) and influence not just within the company's history, but overall, around the world, is tragically overlooked.
I loved the story of Shelley getting his "first shot" here as the driving thread of the match with Josh Alexander. Actually, one of my favorite things about the product has been the varied individuals who have cycled through the main event scene which has kept characters fresh, winning believable, and opportunities unpredictable.
This was another banger - as expected. That C4 Spike piledriver in the end by Alexander was the kind of stuff that makes the eyebrows raise, with sudden questioning of your own suspension of belief.
Alexander is exactly the kind of champion Impact needs - homegrown, workhorse, developing, and carries a grittiness to him.
The dude needs a new theme song though...please.
---
Again, overall, no complaints here. Impact delivered an enjoyable show (on a Friday Night, no less!). As mentioned, this company isn't stealing headlines on your favorite wrestling website with backstage news, and contrary to its history isn't the subject of fury from a critic's keyboard.
The product is just solid - so freakin' solid.