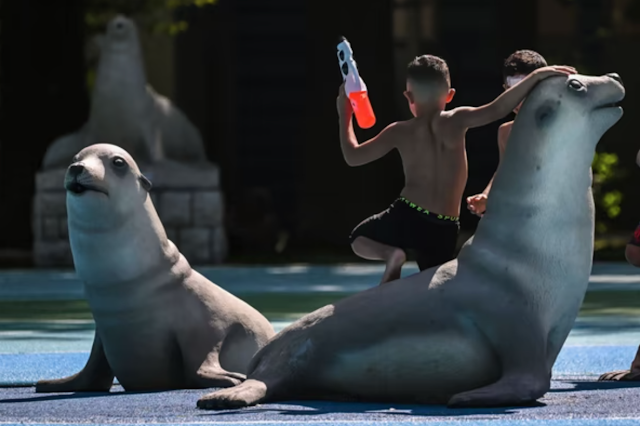 1. Vin Scully - The baseball world lost the absolute best to have ever done it behind the mic. As someone who frequently watched Dodgers games for more baseball after the Yankees wrap up, I had the privilege years ago to have Scully guide me soothingly through nine innings of baseball as if he solely was talking for and to me. That was the ultimate magic in his communication. So good. He'll be missed.

2. Democrats - Sure, I've been hard (and skeptical) of Dems during this administration for not getting enough done. But gotta give them their due, they had a week! From passing a bill in support of Medicare for Veterans to the big one in locking in the Inflation Reduction Act, it was a big week for the Blues.

3. Economy adding 528, 000 Jobs - I keep reading and hearing about a potential recession on the loom (this millennial can't endure yet another economic setback - come on, we've suffered enough!). Yet, just this week, the job market has added almost 530K new jobs. What's crazy is that with that, it feels like jobs are still vacant. Such a weird time in the labor force.

1. Extreme Weather - It's hot. Weird weather still remains consistent. And it's been unbearable. From floods to droughts, to just outright ridiculous temperatures - this should be a concern. Like, for real, for real.

2. Deshaun Watson's Suspension - This really is an easy one. I think if you don't believe Watson should be suspended, then you need to have your head examined. However, the amount of games he is being suspended for is a head-scratcher. The NFL has no one to blame for this than themselves - where previous disciplinary acts have been negligent, non-existent, mishandled, or unexplored. Thus, we now get the result of this suspension from officer Sue Robinson based not on the deed, but on the NFL's crazy precedent.

3. Brittney Griner Verdict - It's a nuanced topic that we - as now we do - have tried to make one-dimensional. Sure, the law is the law, and what is right here, may not necessarily be right somewhere else. However, we can't ignore the political leverage at play here - in a country currently financing Ukraine in a war against Russia. The whole thing truthfully just sucks.

My bottom line take - is it's not right. Bring here (and anyone else) home.

1. Alex Jones Caught in Lies - I'm no Jones fan, nor do I feel bad for the court's decision in ordering him to pay money to the parents of Sandy Hook. Not only do the parents have to deal with the massacre and the loss of their child forever, but they have had to deal with a man peddling lies and conspiracy theories about the deaths of those children being a hoax for the sake of profit.

However, what makes the "interesting" category here is the way he was caught multiple times in his lies (maybe even perjury), and the prospect of the information on his phone that broke so much of this wide open. Continuing the interest? The thousands of people who still support him, and dare I say, still believe in the lies peddled by Jones.

2. Kansas Vote on Abortion - Kansas. A red state. That votes red consistently. Had all eyes upon it as the first state given the power to determine its fate regarding abortion rights. 60% voted in favor of abortion rights. That's definitely some interesting shit to understand...soooooo much to unpack (or even just head scratch) there.

Children play around fountains shaped like sea lions at a water playground at the Plaenterwald Park in Berlin on August 2, 2022.